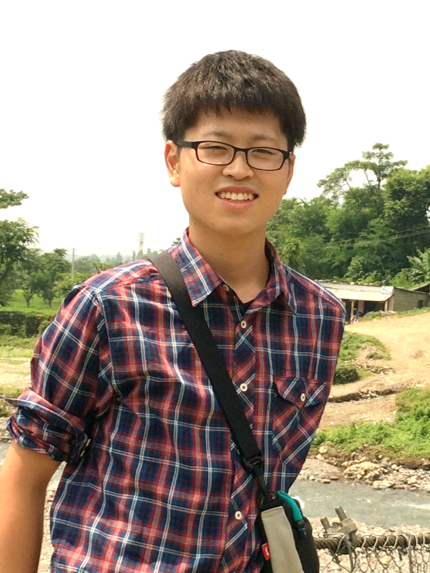 1. About the country of my internship

Nepal is a landlocked country in South Asia, which is located in between China and India. As you probably know, it has the Himalayan range, which has the highest altitude among all over the world. Due to its disadvantageous characteristics such as mountainous topography, lack of resource and so on, Nepal is one of the least developed countries in the world.
The official language is Nepalese, and more than 80% of the population believe in Hindu. There are more than 100 ethnic groups (living) in Nepal, and those ethnic groups have various origins, ranging from Indian, Tibetan (which is close to Japanese), and so on. Caste system and discrimination still exist, which are big issues to be resolved in this country. Political situation is not stable, where strike, as known as “Bandh”, frequently happens.

2. About the local life and the culture

Nepalese, especially those who live in rural villagers, usually had “Dal Bhat” as staple food. It is a cuisine which has rice with bean soup and fried vegetables. The taste seems to be familiar to Japanese people, but when I had it for 1 week continuously during my stay in the village, I felt pretty much tired of it…
Infrastructures are not well-developed in Nepal. Roads are so rough everywhere and we have to experience a long period of power outrage every day.
Nepalese are so friendly to Japanese and I found many of them are interested in Japan. While communicating with the locals, sometimes good things will happen. Although we should take care of our belongings not to be stolen, I felt Nepal is a relatively safe country.
After excretion, the only way to clean your ass is to use water in rural villages. Therefore, I would suggest to include toilet paper in your item list before departure (yet, my personal preference is only using water as I feel it is cleaner and much refreshing).
Last but not least, you have to pay attention to information of Bandh and decide your plan based on it.

3. About the host institution

FORWARD is an NGO established in 1997. The main purpose is to improve the livelihood of the poor or socially marginalized people in rural areas and to provide agricultural supports. They are mainly active in Terai plains (the southern part of Nepal), while headquarter office is located in Chitwan district which lays in the centre of Terai.

There are about 20 staff members working in the headquarters. Each of them was so friendly and I felt the working atmosphere is homelike. Especially Dr. Sen, the executive director of FORWARD really took care of me, and he was willing to listen to my proposal during the internship period.

4. About the internship course

During this internship period, I mainly engaged in a survey related to my master thesis. In Nepal, Nepalese (the) government lends a “leasehold forest” for the poor. As to improve the management of the forest, I investigated the social preference of forest users and their household’s characteristics through monetary economic experiment and household survey.

As the flow of this program, first of all, I made a day trip to investigate the site and learned how the forest was being utilized. After returning to the office, I tried to collect detailed information of the surveyed site and finalized my questionnaire. Also, I conducted a trial of an economic game survey at FORWARD and asked for advice about the improvement of the survey. After finishing all the preparation, I went to the survey site and stayed for two weeks with my Nepalese investigator to collect data from 96 forest user households.

Through this internship, I had many chances to interact with many people to complete my program. I learned that to deliver my own opinion clearly and to build a good relationship with people were very important in developing countries.

5. The most impressive experience during the internship

I was able to develop a prior mindset in order to embrace what “development” was specifically, the focus point was “Flexibility” and “Simplicity”.
Considering the economic experiment survey that I conducted, participation of villagers was necessary. Because the instruction and setting of the games were essential factors for the accuracy of the date, I thought that I had to conduct the games precisely as mentioned in previous studies. However, when I conducted them at the village, I faced a lot of unexpected situations such as:
1) a old man who could not understand the rule of game even a few times of explanation, 2) villagers who felt bored and did not pay attention to game instruction, 3) too many other villagers gathered and caused distraction to the game, and so on.

After all, my survey did not go well, but thanks to it, I realized that my attitude towards the survey on development was wrong. I started to think that to have a flexible mindset to consider all possibilities and ways to address these unexpected situations would be a strong tool to engage in development.

In addition to this, I also felt that game instructions for the villagers and the communication with investigators should be simple. If the conversation is too long, they will feel bored and stop paying attention. To ensure their full understanding, instruction should be simple and firms , although I know that is quite challenging... 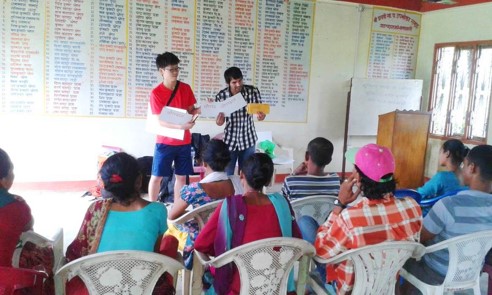 6. Expectations on my internship for the future carrier

From next year, I’m going to work in the field of development. As I mentioned above, I believe that the mindset for development, “Flexibility” and “Simplicity”, will be much useful in my future career. In addition to this, I will need to play a role as a mediator among people who have various nationalities or backgrounds in order to accomplish various projects. I believe that “the importance of stating own opinion clearly”, which I learned in this program, will be helpful.

I suggest you to be engaged in G.ecbo program with clear objectives. It will help you to experience more from this program. Because the detailed contents of your internship are basically decided by you, the adequacy of program will be highly dependent on your own decision. The actual time spent in the local side wasn’t as much as expected, so it’s better to focus on your activities with clear objectives. 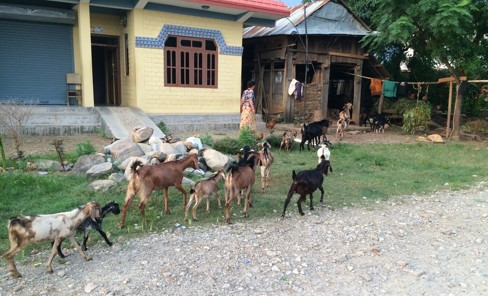 To those who are considering to apply

When I stayed in a foreign country, my days were full of new discovery and excitement. Different from usual language exchange programs, you are required to take actions prominently in the G.ecbo program. In my case, I was able to be deeply involved in the local people/community through this program. I think this experience enabled me to broaden my view. So, why don’t you join this program if it sounds a little bit attracting to you?

To those who are departing soon

I guess you will face many troubles especially in developing countries, but don’t worry because it’s normal. During your difficulties, please treat it as a trial for you, and stay positive! I believe that these experiences that you will struggle hard to overcome would be helpful on your future career. 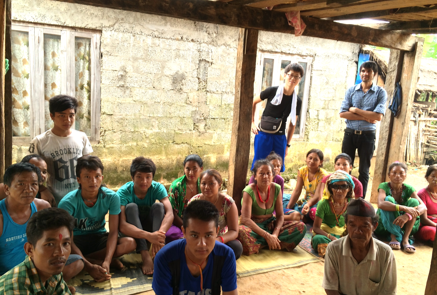