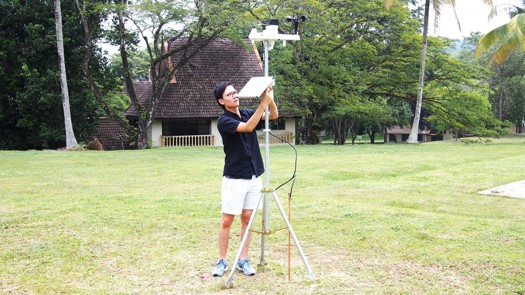 Outline of the research

At the Institut Sultan Iskandar Training Centerof the University of Technology Malaysia, situated in the Malaysian state of Johor, I participated as a member of a test house project to examine ways for saving energy in terrace houses which are a typical type of urban house seen locally.

I graduated from a college of technology and nearly all of the students in the architectural course who were looking for jobs were only given the option to work as construction managers at construction company work sites. Most of the students took that for granted and carried out their job hunting activities based on the company, rather than the work. However, I wondered why students from a college of technology were not given any other options while students who had graduated from an architectural course at a university were offered many other options, simply because they went to a university instead of a college of technology. So, I decided to think about what I really wanted to do, considering every possibility. That’s when I found the type of work called urban development. For me, the attractive part about this work is being involved from the planning stage of construction. In order to get a job in urban development, the minimum requirement was that I had to continue on to study at university after the college of technology. Rather than just starting to study at a graduate school of engineering, in order to realize my dream which I had been thinking about for a long time of working throughout the world, I decided to enter the Hiroshima University Graduate School for International Development and Cooperation, Hiroshima University. While I was in my first year at grad school, I participated in the internship program in summer and spent 2.5 months in Jahor.

What struck me most while I was in Malaysia was the lack of infrastructure and building equipment. As opposed to what can often be seen in urban areas in Japan - the repetitive “scrap-and-build” which is said to be such a waste and based upon capitalism, there are not many modern buildings to be found in urban areas of developing countries. When I saw this situation, my interest in urban development in developing countries became even stronger. Instead of cramming buildings into Japan’s already crowded urban areas, I felt it was better to create buildings in places where they are really needed and wanted. In the future, I hope to contribute to help developing countries become more advanced from the viewpoint of infrastructure through urban development. 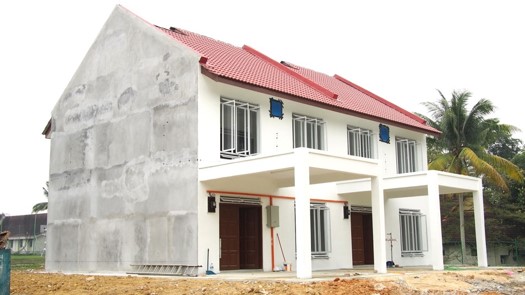 (A test house built for examining ways to save energy)

When I was job-hunting, I had great difficulty due to the small number of openings in this field of work because of the nature of urban development. The largest developer only takes on about 30 recruits each year while general contractors only take on 3-5 new employees. Because of this, many companies make decisions to employ recruits by placing too much importance on their academic background. Some companies refused to give me a chance at all. I have heard that some general contractors already make decisions about recruitment from some famous universities even before the first day that recruiting activities begin, and they only hold sham explanatory meetings after recruiting activities begin. I don’t think there is any correlation between proper urban development and the difficulty of university entrance exams. However, in this field where only a small number of recruits are adopted, it seems that the possibility of being selected for employment is made much slimmer from the very beginning. Therefore, I think job-hunters have to make preparations from many aspects so that they will be able to win over anyone else, without taking academic background into consideration. When a job-hunter comes across a company that places important on the actual person, then they have no alternative but to take full advantage of that opportunity. 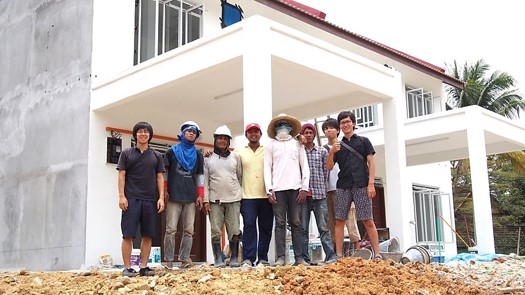