【Recent highlights】
Antiviral treatments for chronic hepatitis C have drastically improved. In contrast, it is still difficult to achieve complete remission in treatment for chronic hepatitis B. Members of the hepatology research group are pouring their efforts into basic research about chronic hepatitis B. Based on findings from our research, we have started a clinical trial focused on treatment of patients with severe acute hepatitis B infection. Effective treatments to eliminate these viruses in chronically infected patients are needed to reduce the risk of liver cirrhosis and hepatocellular carcinoma. The prevalence of cirrhosis and hepatocellular carcinoma has also increased recently in patients without hepatitis B and C infection. Therefore, we also perform basic and clinical research to clarify the etiology and pathogenesis in order to develop effective treatments for these patients.

The accuracy of preoperative diagnosis of gastroenterological tumors has been improved by the developments of extended endoscopic observation and magnifying endoscopy with narrow-band imaging (NBI). Since the apparatuses for therapeutic endoscopy have been progressed and the safety of therapeutic endoscopy has also been improved, gastrointestinal tract research group is conducting several clinical trials for magnifying the indication of therapeutic endoscopy. In July 2015, we also established the inflammatory bowel diseases center for the improvements of medical procedures and the intensification of the association between hospitals and patient advocates.

Since the number of patients with pancreas cancer is increasing in Japan, many basic and clinical researches have been progressing in order to develop novel anti-cancer drugs or to discover biomarkers for identifying early pancreas cancer. To identify pancreas cancer at earlier stage, members of pancreas research group are aggressively performing endoscopic ultrasonography (EUS) and endoscopic retrograde cholangiopancreatography (ERCP) in patients with pancreas cysts or chronic pancreatitis and are also searching biomarkers using blood or pancreatic fluid.

【Education】
Gastroenterological organs consist of 7 organs (esophagus, stomach, intestine, colon, liver, gall bladder and pancreas), and gastroenterological diseases include various characteristics. Therefore, we have to build up specialists in gastroenterology to provide specialized medical procedures, such as endoscopic diagnoses and treatments for gastrointestinal diseases, and diagnoses and treatments for acute or chronic liver diseases, hepatocarcinoma, pancreas diseases and biliary diseases. In addition, we are expected to provide more broad medical procedures recently because of the increase of fatty liver or chronic pancreatitis patients, complicated with metabolic diseases (hyperlipidemia or/and diabetes mellitus) in Japan.

Gastrointestinal Tract Research Group: Clinical researches are focused on diagnostic and therapeutic endoscopy for gastrointestinal diseases. Basic researches are conducted to clarify the interaction between gastroenterological cancer cells and interstitial tissues in carcinogenesis, the genomic landscape for early-stage gastrointestinal tract cancer, the association between carcinogenesis and Helicobacter pylori infection, and the molecular mechanisms of the progression in inflammatory bowel diseases. 【Photo explanation】 The 53rd Annual Meeting of Japan Society of Hepatology and Education Meeting for the first half of fiscal year 2017 were held in Hiroshima on June 8 – 10, 2017. 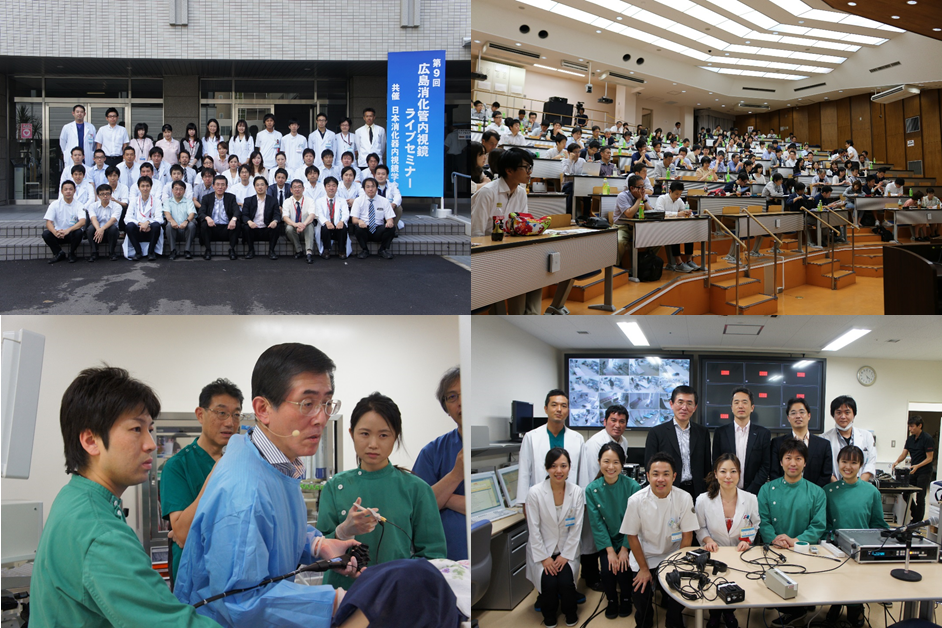 【Photo explanation】 The 9th Hiroshima endoscopic live seminar was held in our Hospital on August 22, 2015. 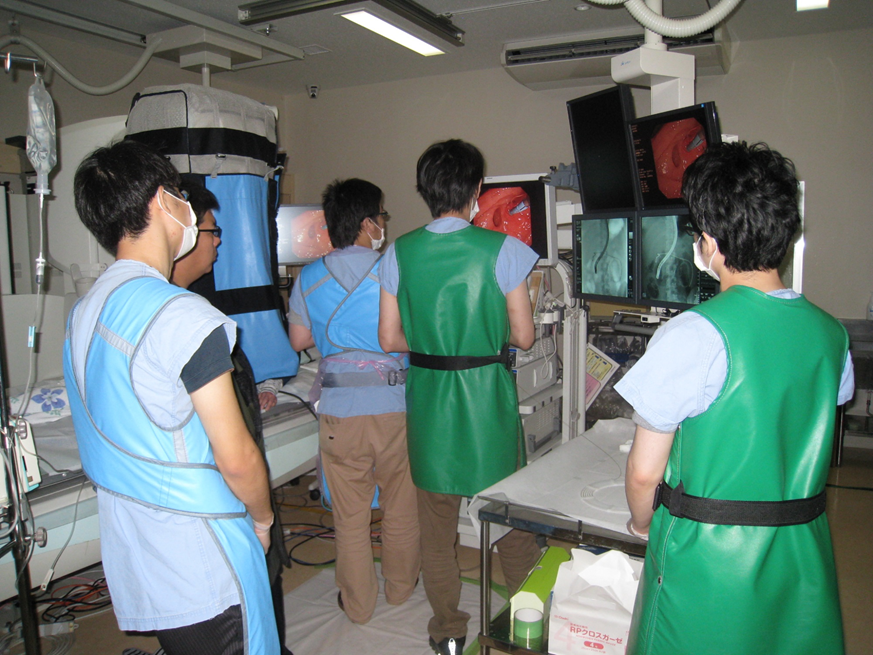