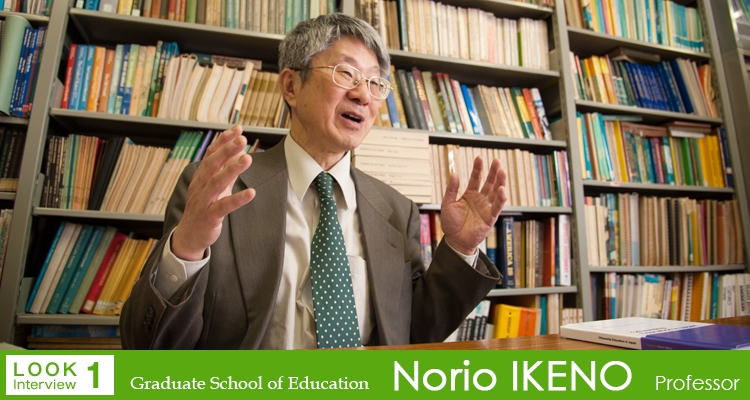 Nurturing Our Future Bearers Through "Citizenship Education," A Prominent New Field of Study

Focusing on the need to educate individuals who understand others and can contribute to their communities, academic institutions, enterprises and the nation state. 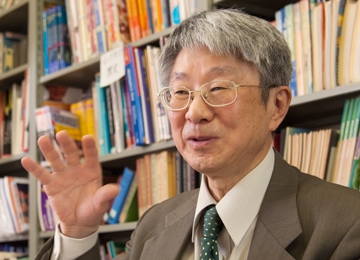 In the past, individuals naturally acquired these abilities, without the special need for education. However, significant changes in social conditions have generated a need for deliberate administration of such education. As a result, there has been considerable research on citizenship education. 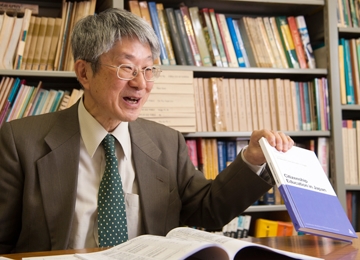 There are two main reasons why citizenship education has now become necessary.

The first reason is an increase in individual forms of activity. Recently, the number of families that regularly gather around the dinner table to eat has decreased and this lifestyle has been replaced by one in which family members eat alone and watch television in their respective rooms. As a result, although people enjoy their own lives and partake in various hobbies, their attention has diverted from matters concerning the family as a whole.

The second reason is the increase in the number of foreigners. In the past, there were very few foreigners living in Japan. However, their numbers have increased significantly, which has led to occasional friction with existing residents. Therefore, the situation has generated a need for training with regard to how they can peacefully coexist.

An aspect of education that is important for both children and adults: Sincere efforts both in Japan and throughout the world.

Let us examine a case in point with regard to universities. In the past, freshmen naturally adapted to student life after enrolling for classes and attending orientation. However, recently, much like junior or senior high school students, university entrants require detailed guidance. Thus, we must now administer special guidance and education to help these entrants successfully transition into their roles as students at Hiroshima University. Such tendencies are especially prominent in schools, but similar situations also occur within society. Meanwhile, the progress of globalization has generated a greater need for mutual understanding within certain communities due to the increasing combination of cultures, customs, and ways of thinking.
As seen above, citizenship education is a diverse field that exists for the benefit of not only children but also adults. Moreover, the aforementioned problems are not unique to Japan, but they pose challenges for many countries globally. Hence, research on citizenship education has attracted attention on a global level.

Research on citizenship education originated in the United Kingdom during the late 1980s and early 1990s. In addition, citizenship education has been incorporated into government policies since the Thatcher administration and it was integrated into the school curriculum in 1989. Subsequently, the field experienced a sudden expansion, and currently boasts an active base of research and information exchange, as well as produces several international conferences.
In July 2013, I was working as a promoter for an international conference in Japan. Each year, several of my former graduate students at Hiroshima University deliver presentations at various international conferences, and I am hopeful that these students will eventually achieve results better than mine. Moreover, the fact that Hiroshima is well known also significantly helps us while conducting research on an international level.

High expectations for the children nurtured through citizenship education. My intention is to continue making steady efforts in this new field of study that originated in the United Kingdom. 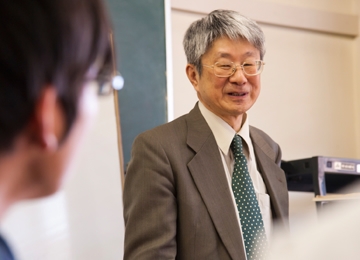 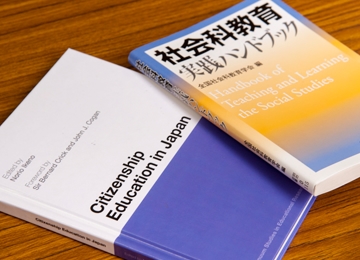 The goals of citizenship education can be organized into the following three levels: (1) local; (2) national; and (3) global; I am primarily involved at the global level.
Moreover, I have published books in English, organized and conducted collaborative research and activities with researchers from various countries, as well as hosted international conferences.

Particularly, in my attempt to clarify the differences and similarities between citizenship education in Japan and that of other countries, I have invited foreign researchers to consider Japanese schools and textbooks and exchange opinions. Through this process, I have identified two types of views about citizenship education: the "Western-type" (observed in countries such as the United Kingdom, the United States, and Australia) and the "Asian-type" (observed in countries such as China, Korea, and Singapore). I have also discovered that Japan has the potential to play the role of "mediator" between the two approaches. In the future, my intention is to bridge the gap between these two types of views.

Furthermore, without nurturing children who can contribute to the world while devoting themselves to their own country, I fear that Japan will risk failing to overcome the wave of globalization. However, through my 20 years of research, I believe that the Japanese children have been adopting a more active and self-assured attitude toward international exchange. While I hope that they will continue to enjoy such exchange, I continue making steady efforts in my own research in the future. 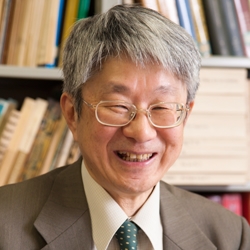