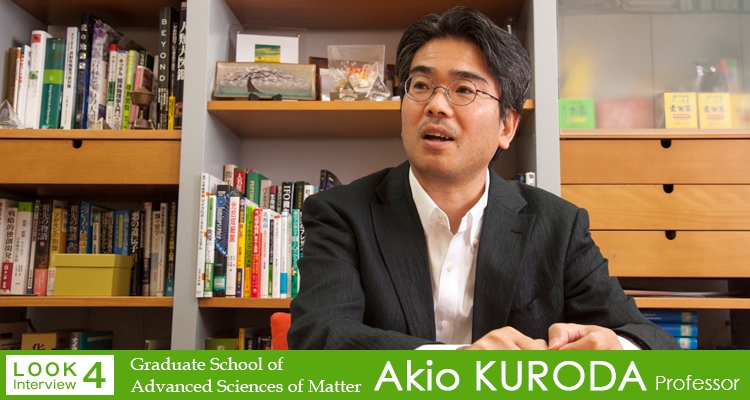 Development of a new method to visualize asbestos by protein engineering and molecular engineering. 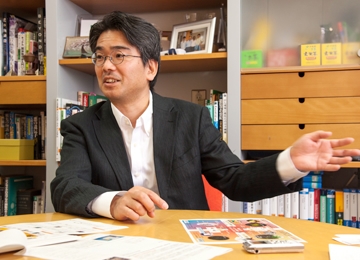 Today, as an example of the use of protein engineering and molecular engineering, I would like to introduce a new technique to visualize asbestos under fluorescence microscopy. The motivation to start this research was the "asbestos issue" that came to light in 2005. Asbestos is a fibrous mineral that was used for many years in construction materials. However, asbestos was later found to cause diseases such as mesothelioma and lung cancer; therefore, in 2006, its use was completely prohibited in Japan. 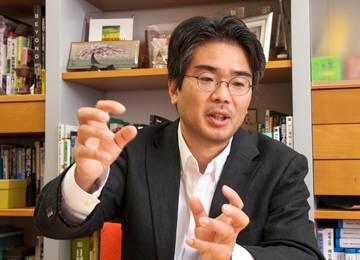 To develop a inexpensive and rapid method for asbestos detection, we decided to screen for proteins that bind to asbestos specifically. Previously we had discovered a protein that binds to silicon; we, therefore, suspected that some proteins would also bind to asbestos, which is a type of silicon material. It would be easier to develop the asbestos detection method if we could use an antibody for asbestos. However, since asbestos is an inorganic substance, we could not expect that asbestos possesses the ability to elicit an immune response (generate antibody), and thus instead searched for proteins that bind specifically to asbestos in cellular protein library.

Simplifying asbestos visualization and detection method. It might be world's first method created by applying biotechnology to mineral analysis.

We named this technique "bio-fluorescence method" - a new method for detecting asbestos. This was developed by interdisciplinary research between biochemistry and mineralogy. I think that this kind of research had not previously been performed (none had applied biotechnology to mineral analysis).

In 2010, through an industry - university collaboration, we commercialized an asbestos detection kit based on the results of this research and introduced it to the world market. The kit is very simple to use. When a few drops of a test reagent are applied on a filter containing trapped airborne dust, the fluorescent protein binds with asbestos, which can then be observed under a fluorescence microscope. The entire process is very simple. In February 2014, we collaborated with another company to jointly develop automated fiber recognition software that can detect asbestos fibers in the fluorescence microscopy images. Using this software, anyone can quickly check for release of asbestos fiber at demolition sites.

Moving forward, we will seek to obtain certification of this method and the software as an "official method" approved by the Ministry of the Environment.

I want to create novel biotechnology that will surprise the world. There are many opportunities to innovate by fusing different research fields. 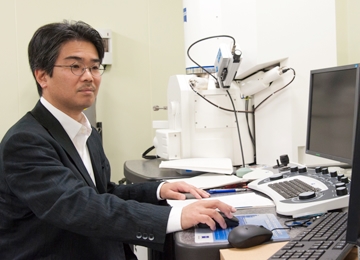 My background is in biotechnology. It includes "protein engineering," which facilitates the evolution of proteins, and "molecular engineering" for artificially reassembling proteins. A major pillar of my research is to use these two technologies to create new functional proteins and enzymes that cannot be replaced by chemical catalyst.

In my research, I consider what types of functions are needed to solve social problems. Primarily I search for proteins / enzymes / microorganisms that could contribute to the solution, and sometimes change their functions by protein engineering and molecular engineering. I think that there are many opportunities to innovate by applying biotechnology to different research fields. One of the outcomes of this type of research is the asbestos binding protein. 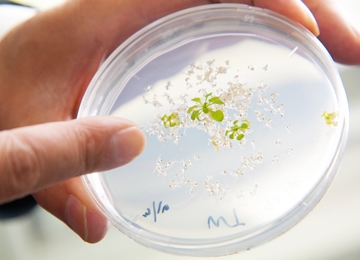 I am also currently directing evolution of firefly luminescent enzyme in a test tube to exceed light intensity of wild type enzyme. We can use this enzyme in many applications. In addition, with the problem of a future food shortage in mind, I am also conducting the research on a new method for selecting for the desired traits in plants.

When my academic adviser suggested a research topic for my master's program, I was surprised that I could independently do this type of research. I realized that I would be the first person in the world focusing on this topic, and I was so excited that I could not sleep that night. Since then, I became completely absorbed in the research and eventually arrived at where I am today.

I would like to give other students the opportunity to experience the same type of excitement and joy of research that I felt by providing them with research topics that have not yet been undertaken by anyone else. Moving forward, I also want to continue to create new technologies and give them back to society.

I have realized that Hiroshima University is truly blessed with an incredible research environment. The university-launched venture company in which I participated has also been a great help in understanding social needs. 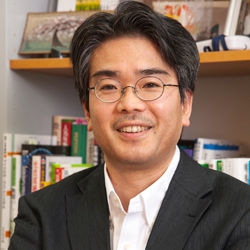