On March 26th, 2018, Professor Maharjan, Keshav Lall of the Graduate School for International Development and Cooperation, Hiroshima University, paid a courtesy visit to Vice-Chancellor Khaniya, Tirth Raj of Tribhuvan University at his office at Kirtipur campus and signed an International Exchange Agreement. This was also reported by the local media. (see the URL below)

Tribhuvan University, established in 1959, is the first national institution of higher education in Nepal and has been contributing in modernization of Nepal including, human resource development, social, cultural and economic development and formation of the Federal Democratic Republic of Nepal. The central campus of the university located in Kirtipur has 39 central departments, 4 research centers, 86 campuses and 1084 affiliated colleges throughout the country. The prime minister is the official chancellor while the vice-chancellor looks after the actual management of the university.

This agreement was materialized with joint initiatives of Graduate School for International Development and Cooperation, Graduate School of Science and Graduate School of Letters. Taking advantage of this opportunity, we look forward to broad and active academic exchange of different fields between the two universities. 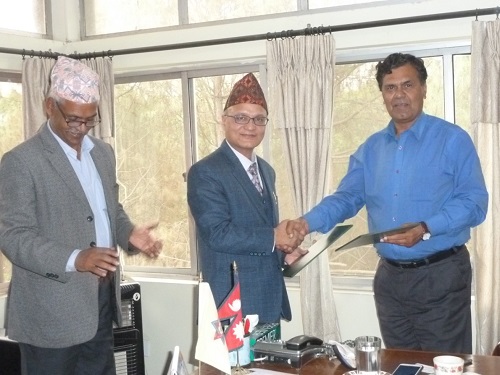 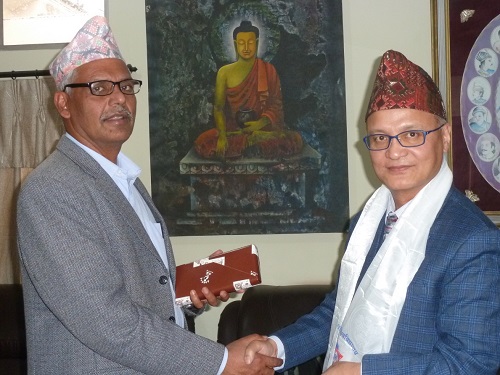