To begin with at the station’s exhibition hall the group was briefed on the principles behind and the structure of nuclear power generation. They then received explanation about the current safety measures in place at the station.

Following this, the group moved on to the premise of the power station where they were shown emergency response equipment, (a gas turbine generation vehicle, a water supply truck for cooling, and a mobile alternate heat exchanger), the flood prevention measures (seawalls and water-tight doors), and the emergency response room in the seismic isolated important building. Furthermore, they received in depth explanations regarding the central control room, the fuel pool, and turbine facility of unit 3, as well as the reactor pressure vessel and steam valves of unit three’s reactor container.

The participating students stated that it was a good opportunity to learn about the principles of nuclear power generation, made even more valuable by the visit to the actual Shimane Nuclear Power Station. It was also mentioned that learning about the preventive measures for a nuclear power plant accident and the expansion of these measures was particularly useful. In short, it was a very beneficial site visit. 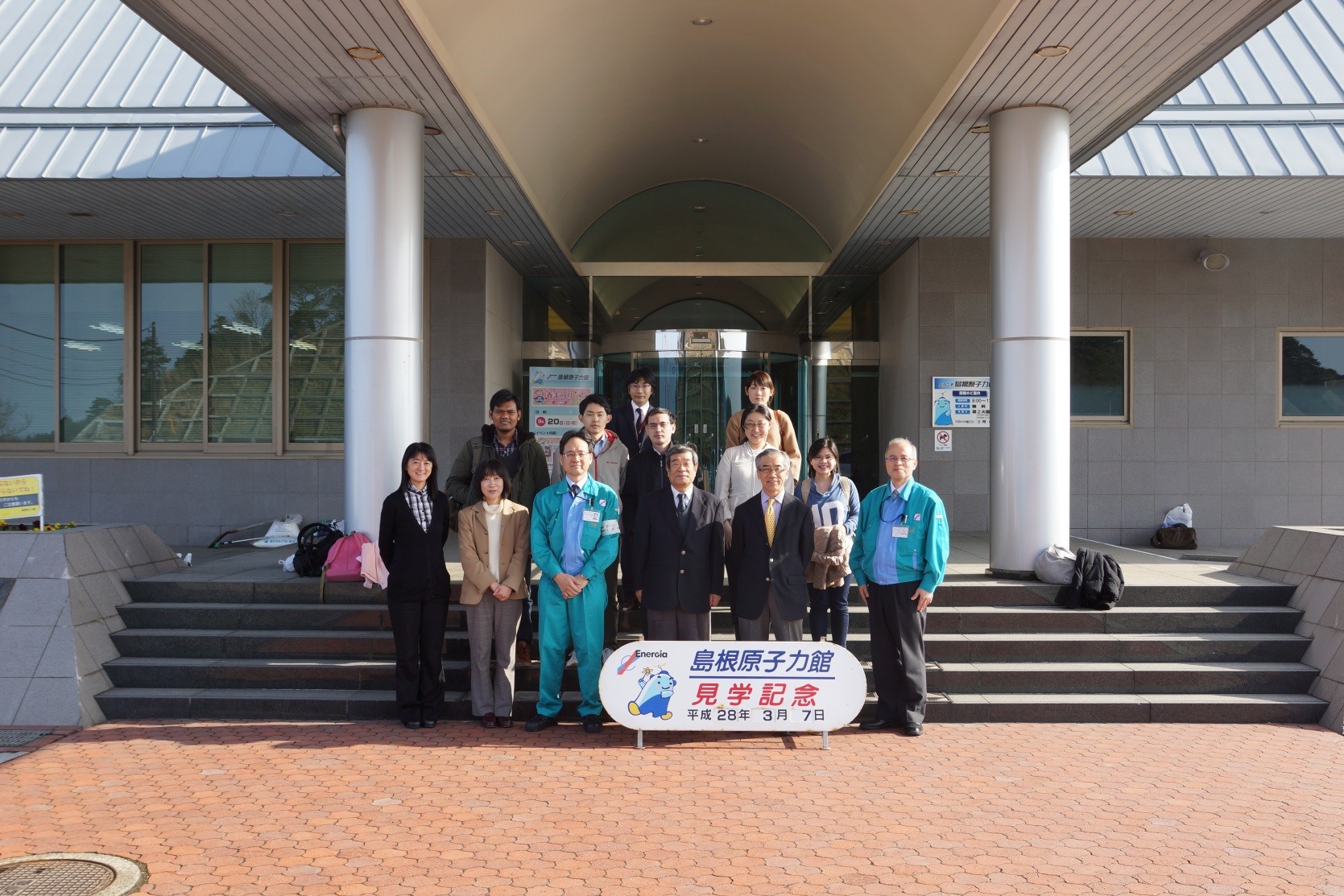