To begin his lecture, he drew coordinate axes for time and space on the whiteboard and asked the audience about their standpoints. At first the students were a little puzzled about his intentions, however they were gradually drawn into the discussion by his additional questions about their disciplines, their countries of origin and so on. He talked about society’s various expectations for science and the changing roles of the scientist. He then gave background information on the modernization of universities during the 19th century followed by the overall progress of science and the manifestation of complex global issues in the 20th century. He also mentioned changes which occurred in the general perception and overall way of thinking towards science in the 21st century. He referred to various historical events such as the Cold War and its end, the World Science Forum and the Budapest declaration of 1999, the 9/11 terrorist attacks in 2001, and the Great East Japan Earthquake with the Fukushima Daiichi Nuclear Plant Accident in 2011. He fully involved the floor in the discussion about reconsidering the relation between science, society and politics. There was no end to the questions and the seminar continued uninterrupted for two hours straight. Some students were especially interested in the relationship between politics and science. Professor Arimoto argued about it introducing some cases of activities carried out by national science advisors of different governments. He indicated that there was a strong connection between science and policies that is indispensable for the successful realization of radiation disaster recovery and an inclusive society. It was a meaningful learning opportunity for seminar participants to clarify their understanding of the type of global leaders being developed by their graduate programs, and to be further encouraged to fulfill their academic and professional missions. 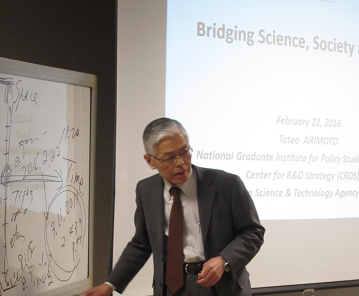 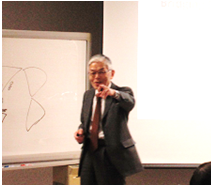 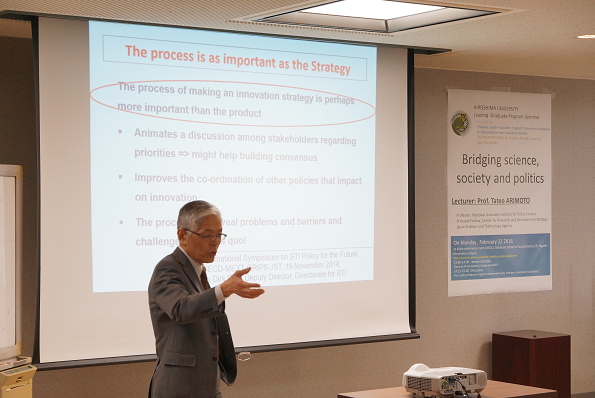 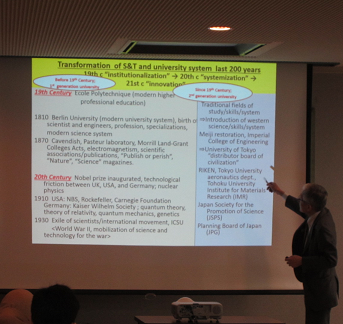