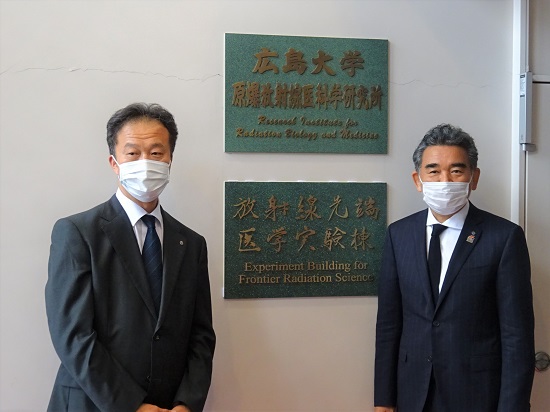 Hiroshima University held a signboard unveiling ceremony on May 13 to mark the opening of the Experiment Building for Frontier Radiation Science — located in the university's Research Institute for Radiation Biology and Medicine (RIRBM). HU President Ochi and RIRBM Director Satoshi Tashiro delivered greetings at the ceremony.

The Experiment Building for Frontier Radiation Science is equipped with several experimental facilities (radiation, animal, genetic) for joint use of researchers in Japan and overseas. It also has a Nuclear Disaster Training Center dedicated to radiation disaster medicine. The Division of Radiation Information Registry — responsible for the storage, investigation, and analysis of medical materials related to the atomic bombing of Hiroshima and other cities — was relocated to this building. The auditorium and meeting rooms for seminars and other events are now complete and fully operational.

The building aims to become a center for studies that contribute to the global development of radiation disaster medical science.

After the unveiling ceremony, the experiment building was opened to the public, and explanations were given about the Nuclear Disaster Training Center, the radiation experiment facilities, the Division of Radiation Information Registry, the collaborative research laboratories, and the animal breeding facility.

During the tour of the facility 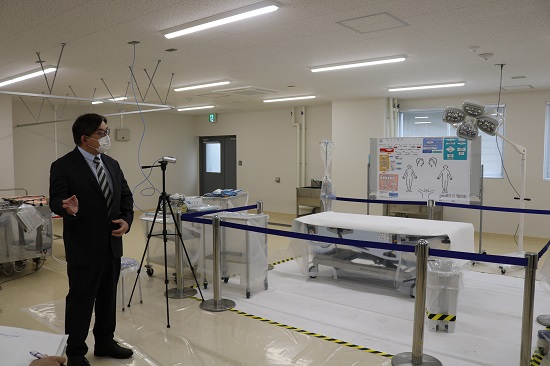 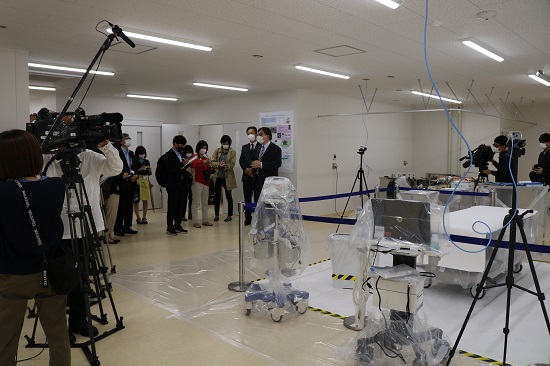 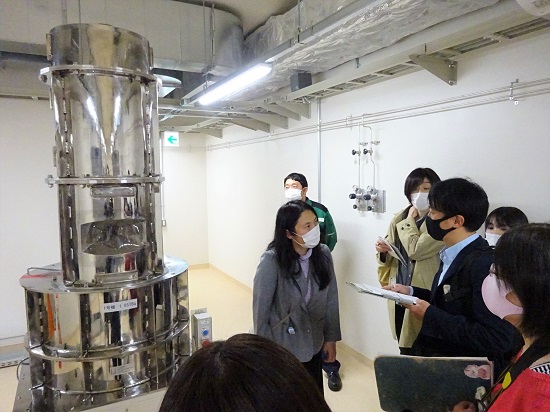 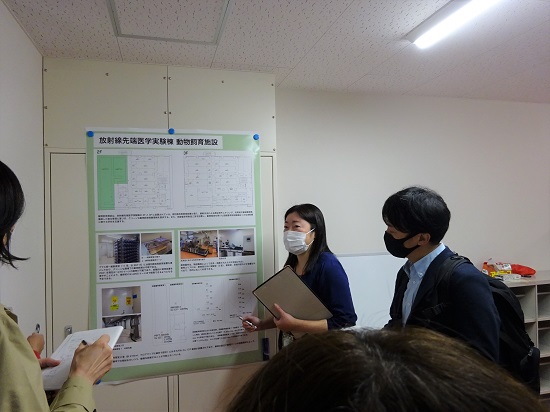