A research team of Dr. Naotaka Tomioka and Dr. Motoo Ito at the Kochi Institute for Core Sample Research, the Japan Agency for Marine-Science and Technology (JAMSTEC: Asahiko Taira, President), and Dr. Masaaki Miyahara at Hiroshima University discovered a unique garnet, which could be formed only under ultrahigh pressure, in a stony meteorite.

MgSiO3-pyroxene, which is a major constituent mineral of the Earth’s crust and mantle, transforms into higher density phase called “tetragonal garnets” at 16–22 GPa and 1600–2400℃ as reported in the mid-1980’s based on laboratory experiments. However, such a garnet had not been found in nature.

The research team examined a heavily shocked meteorite fell in Australia in 1879, which has experienced high-pressure and high-temperature conditions by an impact event on its parent body, based on transmission electron microscopy (TEM) at the Kochi Institute for Core Sample Research. As a result, they identified natural MgSiO3 tetragonal garnet first in the world. The garnets are deduced to have formed at 1900–2000℃ and 17–20 GPa, and the cooling rate of shock-induced melt vein containing the tetragonal garnet is estimated to have been larger than 1,000℃ per second.

Ultrahigh-pressure minerals including tetragonal garnet are keys to understand fundamental parameters in the early solar system such as physical properties of small bodies and their relative collision velocities. As they are thought to exist also in the Earth’s mantle, they would significantly contribute to elucidating mineralogy and physical properties of deep Earth. The research team will further carry out more detailed analyses of mineralogy and chemistry of various kinds of shocked meteorites to clarify environmental changes on the surface of asteroids.

The above results were published on Science Advances by the American Association for the Advancement of Science on March 26, 2016 (JST). This work was carried out as part of the partnership agreement between Kochi Institute for Core Sample Research, JAMSTEC and Graduate School of Science, Hiroshima University, and was supported by JSPS KAKENHI Grant Number 15H03750. 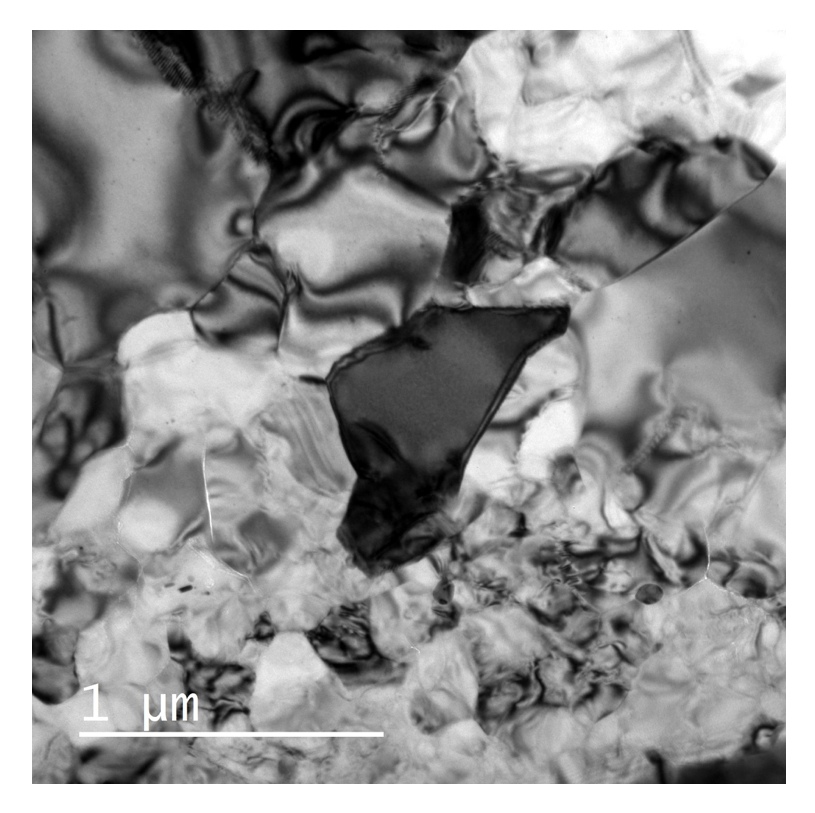 Transmission electron micrograph of an aggregate of MgSiO3 tetragonal garnet in Tenham.
The garnet grains were formed by high-pressure transformation of MgSiO3 pyroxene in its host rock.
（Credit： Tomioka et al. Science Advances. 2016）