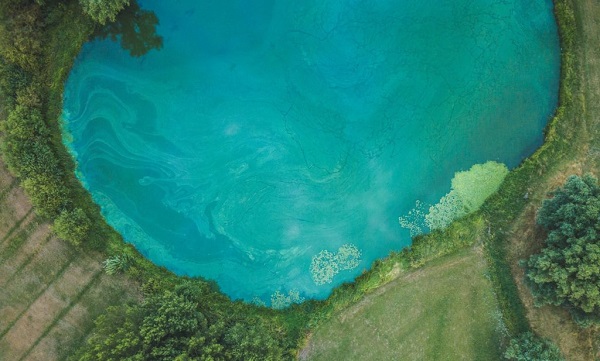 The applications of bioengineered microbes have appeared in a number of fields, including agriculture and energy production. Engineered microalgae, for example, can help clean up oil refinery wastewater and work as a source of biofuel. However, like many other GMOs, the safety of engineered microalgae is uncertain.

“Engineered microbes could dominate some environment or attack an organism indigenous to it, and that could negatively affect biodiversity,” Ryuichi Hirota said, who is the primary author of this paper. Hirota is an Associate Professor in the Graduate School of Advanced Sciences of Matter at HU. “Additionally, microalgae is usually cultivated in ponds and other bodies of water open to the environment. To overcome that risk, one strategy is to apply a biocontainment system in microalgae.”

“Using GMOs is a balance of risk and benefit. We need to develop such biosafety systems so we can study GMOs more responsibly.”

Biocontainment strategies seek to stop outgrowth of GMOs in a specific area, like outside of the lab environment. Hirota was particularly interested in “a passive strategy,” the aim of which is to alter a microbe’s nutrient requirements. By engineering a microbe to depend on a certain nutrient that does not exist outside of its home environment, then it will not survive if it escapes this environment.

In his case, the microbe is microalgae, and the nutrient is phosphite.

At the core of phosphite is phosphorus, a crucial element in living things. Phosphorus also makes up a different molecule called phosphate, which makes up the backbone of DNA and the intracellular energy currency molecule ATP. Phosphate is abundant in the natural world. Phosphite, on another hand, is not.

Thanks to an enzyme called phosphite dehydrogenase, a small number of microbes can metabolize phosphite into phosphate. While organisms require phosphorus, many cannot use phosphite due to lacking this enzyme. Hirota took advantage of this naturally occurring process to create a biocontainment process for E. coli. Last year, he and his group genetically edited a phosphite dehydrogenase gene into E. coli bacteria and removed its ability to take up phosphate.

In this study, the group applied this system in microalgae, a kind of cyanobacteria that lives in water. Like E. coli, microalgae has a phosphate transport process. Stopping its dependency on phosphate and moving it to strictly to phosphite, though, took another step: disrupting two phosphate transporter genes and not just one. His group was successful. The viability of engineered microalgae rapidly diminished when it tried to grow without phosphite.

However, “escaped mutants are always a possibility,” Hirota said. With that, they tested the effectiveness of their biocontainment strategy by measuring how many strains of microalgae adapted to rely on phosphite. Over the course of three weeks, the team observed zero colonies. The escape frequency was at least three magnitudes lower than NIH laboratory standards, which is less than one mutant cell per 100 million normal cells, and is comparable to other cyanobacteria containment strategies currently in use.

The next step in evaluating this strain of microalgae will go beyond the Petri dish. “I would like to test it in an open but closed model ecosystem,” Hirota said. That is to say, test the strain in an artificial pond, but still within a controlled setting.

“Using GMOs is a balance of risk and benefit,” he concluded. “They have potential, but at the same time, they have a health risk. If we don’t have any techniques that allow us to research them more safely, we do not have a choice. We need to develop such biosafety systems so we can study GMOs more responsibly.”