[Research] Airborne particles can send our detox systems into overdrive

An international team of scientists have observed a previously unclear inflammatory mechanism caused by airborne particles that can worsen asthma symptoms, it has been reported in Toxicological Sciences. 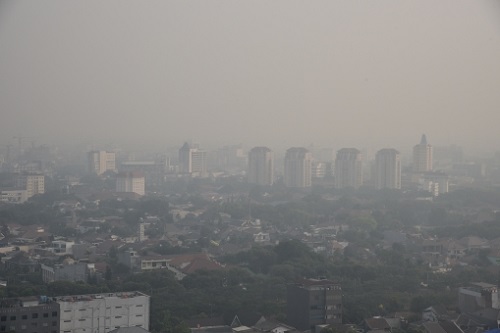 Smoggy cities are full of small particles people breathe in Living in an urban environment can increase the risk of developing particle-based asthma CREDIT: from PhotoAC

As the world gets more and more industrialized, the risk of developing respiratory diseases increases. Very small particles released from industry and vehicle fumes are harmful to our health but exactly how is still unclear. In a collaborative study, researchers in Japan, the US and Germany have uncovered one mechanism that can exaggerate inflammation in response to diesel fumes and worsen symptoms of respiratory diseases.

Tiny particles in the air are released from vehicles with diesel exhausts, factories or urban landscapes. People living in urban or industrial areas have a higher risk of developing diseases such as asthma. However, the mechanism behind how asthma develops is very complicated, explains Associate Professor Yasuhiro Ishihara of the Graduate School of Integrated Sciences for Life, Hiroshima University. Many different factors can trigger asthma, such as genetics and allergies, but Ishihara speculates that:

“If we know the mechanism maybe we can prevent particle-induced asthma,”

Research teams from Hiroshima University, the University of California and the Leibniz Research Institute identified a cell receptor that was activated by these particles, called AhR. This receptor promotes the production of inflammatory molecules to get rid of toxins in the body (such as fumes and diesel particles). It is found on cells in organs that are in contact with air, such as the skin, the gut and lungs. AhR’s function is to detoxify the body, but overactivation of this receptor can often cause health problems.

In their study, the group stimulated human and mice immune cells with diesel particles that activated AhR. The cells produced IL-33, a chemical messenger that promotes inflammation. To confirm that the levels of IL-33 were caused by AhR the researchers blocked signals from AhR in the cells and no IL-33 was found. 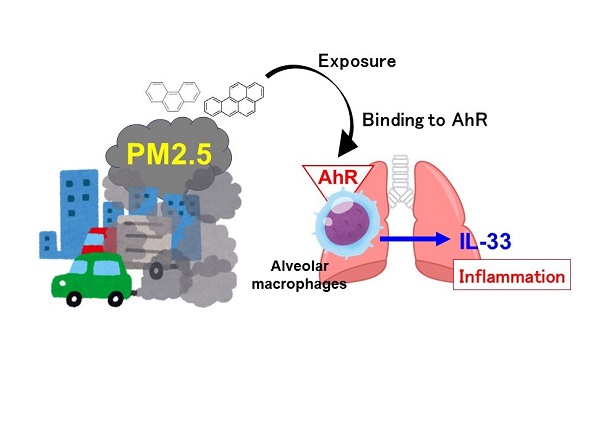 Suggested mechanism of inflammation promoted by AhR. Small particles can bind to AhR and cause inflammation through immune cell activation CREDIT: Yasuhiro Ishihara/University of Hiroshima

Ishihara states that even though this is a promising finding and opens the door to a deeper understanding of the mechanisms of these diseases, the best way to avoid these is to “escape”.  Even if you are not living right beside to a factory or lots of vehicles, airborne particles can be distributed by the wind.

“This is an urgent issue in our drastically developed world.” emphasizes Ishihara.

Though scientists are performing great research to improve our quality of urban life, living in the countryside could still be the best bet for avoiding particle-based asthma.