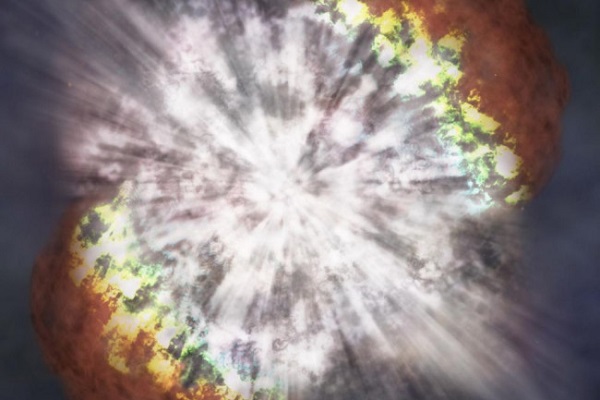 The article “Astronomers Find a New Explanation for a Super-Bright Supernova” by Erika K. Carlson followed the release of a publication in the journal Science from collaborators at Max Planck Institute for Astrophysics, Stockholm University, Kyoto University, The University of Tokyo, and Hiroshima University.

As published in Discover Magazine online, “When astronomers spotted SN 2006gy in 2006, it was the brightest superluminous supernova they’d ever seen.

Later, a group of researchers led by Koji Kawabata, now at Hiroshima University in Japan, managed to capture a detailed picture of the light that the supernova was emitting at various wavelengths, or colors. They saw that SN 2006gy was emitting light in combinations of wavelengths that hadn’t been seen in supernovas before.” Read the full story in Discover Magazine.