No environmental justice, no positive peace — and vice versa

Researchers analyzed how the specific components of peace and environmental sustainability — concepts known to be intrinsically related but often investigated separately — influence each other to better inform policy and decision-making. 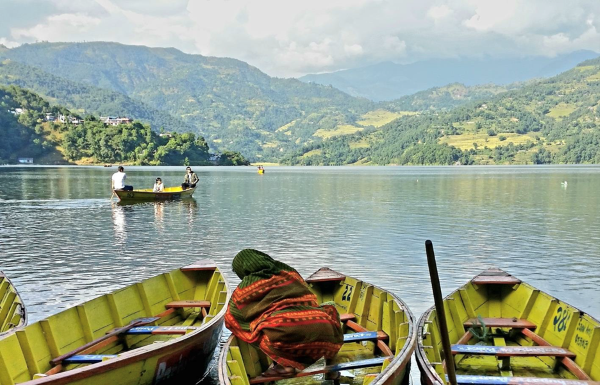 Peace and environmental sustainability — two lofty but vital goals for all countries — are known to be intrinsically related, according to Dahlia Simangan, associate professor at the Graduate School of Humanities and Social Sciences at Hiroshima University. However, researchers still tend to investigate them separately, and, when they are viewed together, it is often with broad strokes, with little examination into the nuances of either peace or environmental sustainability. Parsing out the specifics of these categories could provide insights into what specific elements of peace influence what specific elements of environmental sustainability, and vice versa, which could then better inform policy and decision making.

A team of researchers from Hiroshima University that includes Simangan has explored the nuances and found that elements of environmental performance are more strongly associated with positive peace, specifically its pillar concerning equitable resource distribution, than with negative peace, especially its indicator on the degree of militarization.

The researchers published their results in Earth System Governance in September 2022.

“These concepts [of peace and sustainability] are very broad, and their relationship is influenced by many other factors,” said Simangan, who is the paper’s first and corresponding author and also affiliated with the Network for Education and Research on Peace and Sustainability and the IDEC Institute at Hiroshima University. “In this study, we analyzed how their specific components influence each other.”

The researchers noted that while there are indices to measure peace and indices to measure environmental wellbeing, there is not an index that comprehensively incorporates both. Further, previous analyses on the intersection of environmental sustainability and peace tended to focus on negative peace, or the absence of violence. To overcome these previous limitations, the researchers examined three different indices.

The PPI is measured using eight pillars: well-functioning government, sound business environment, equitable distribution of resources, acceptance of the rights of others, good relations with neighbors, free flow of information, high levels of human capital and low levels of corruption. The GPI uses three domains: the extent of ongoing domestic and international conflict, the level of societal safety and security and the degree of militarization. The EPI has two main objectives: environmental health, which encompasses air quality, sanitation and drinking water, heavy metals and waste management; and environmental vitality, which includes indicators of biodiversity and habitat, ecosystem services, climate change and so on.

“We found out that environmental performance — especially regarding air quality, safe sanitation and safe drinking water — is more closely associated with positive peace than negative peace,” Simangan said. “Our study also revealed that contrary to general expectations, some low-income countries score fairly well in both negative peace and environmental sustainability. However, they often fall short in achieving positive peace outcomes. These findings confirm our hypothesis that positive peace is more conducive to accommodating environmental considerations.”

As the results show how interconnected environmentalism and positive peace are, and how improvements in one area can aid improvements in the other, the researchers said their next step is to look to create an integrated model.

“We will continue to concretize the various components of a holistic peace and multidimensional sustainability in order to provide a more comprehensive index that illustrates the myriad pathways between the two,” Simangan said. “Our ultimate goal is to develop this integrated index with annually updated datasets available for researchers and policymakers.”