Research Institute for the Development of Learning Systems (RIDLS)

Hiroshima University has been selected as one of the institutions designated under MEXT's "Program for Promoting the Enhancement of Research Universities" in 2013. In accordance with the adoption, Graduate School of Education has set up the Research Institute for the Development of Learning Systems (RIDLS) as one of the university's "Centers of Excellence" aiming to expand world-class research activities.

RIDLS has goals that include elucidating, establishing, and promoting systematic structures of learning in all types of education carried out at home, schools, universities, or in society. It also aims to nurture individuals who is not only capable of clarifying, designing, and promoting the learning systems, but also being in charge of the Systems. Within a few years, RIDLS is aiming to grow into an international research center for learning that bridges researchers from Asian and Western countries.

In order to achieve its goals, RILDS has been promoting various activities including setting up four research units with a view to develop human resources specialized in the following field: Basic Research, Comparative Research, Development Research, and Human Resource Cultivation Research. In particular, the Institute has been putting a lot of efforts into promotions of international academic exchanges. In 2015, researchers from the United States of America, the United Kingdom, and Japan participated in an international conference held in Hiroshima where they discussed how the learning of "Dignity, Virtue, and Citizenship" should be like . RIDLS also held a symposium where we invited some researchers from the United States of America and the Netherlands to discuss plans for cultivating an individual who is designated to support the learning of teachers as "Teacher Educators".

Setting "Learning" as its key research concept of which Hiroshima University excels in, RIDLS has been providing settings where world-leading researchers and research institutions can be engaged in dialogue with one another through which the Institute enhances its quality as a research base. RIDLS publishes a journal called "Theory and Research for Developing Learning Systems (TRDLS)." We use TRDLS as a valuable means to internationally disseminate our research findings. 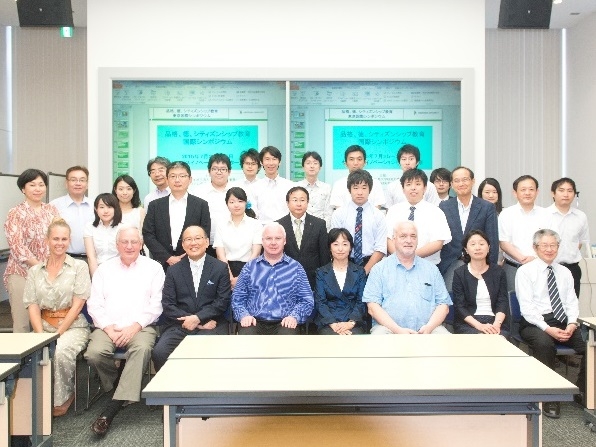