Ms. Icho spent her time interacting with the patients at the children’s ward and the rehabilitation ward, letting them see, touch and wear her three Olympic gold medals from Athens, Beijing, and London, and taking photos with them. The patients were very excited by this unexpected visit of the Olympic medalist, saying, “I’m surprised that the medal is heavy” and “I want to get well soon and go to her wrestling match!” Ms. Icho, who just recently finished training in Okinawa, said with a smile that she was glad to come. “I hope my visit helped to cheer them up a little bit.” 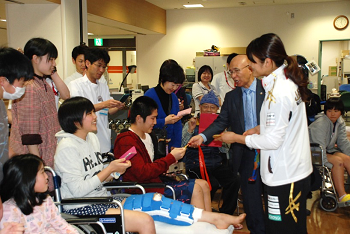 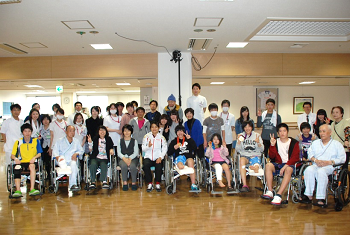