Associate Professor Ko Tomikawa of Hiroshima University’s Graduate School of Education, found the new species of amphipods in the mouth of a whale shark with the cooperation of the Okinawa Churaumi Aquarium (Okinawa) and the University of Tromsø in Norway. The new species was officially named Prodocerus jinbe and it was the first record ever of an amphipod associated with the whale shark. Professor Tomikawa thinks that these amphipods reside in the whale shark's mouth because it is a comfortable habitat to live with fresh seawater and food flowing in regularly and providing a safe place against predators.

In the future, by studying the ecology, distribution and genetic structure of the Prodocerus jinbe, researchers might be able to clarify some of the mysteries around the evolution of the habitats of small invertebrates. This research paper was published on October 2, 2019, on Species Diversity, a journal of the Japanese Society of Systematic Zoology. 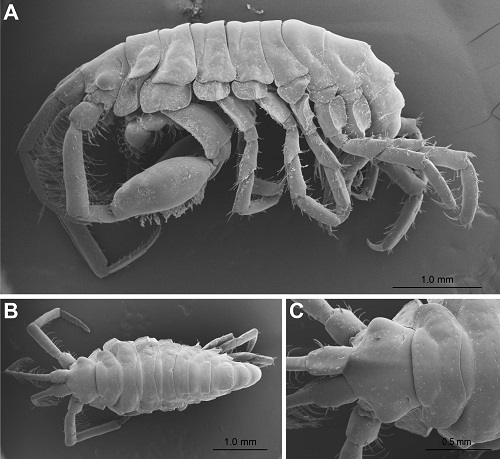