COVID long-haulers: Study shows who is most at risk, impact on local communities

A study by Japanese researchers showed that getting a mild case of COVID-19 doesn’t translate to lower chances of becoming a long-hauler. And that sex and the presence of long-term symptoms are risk factors for post-COVID psychological distress. 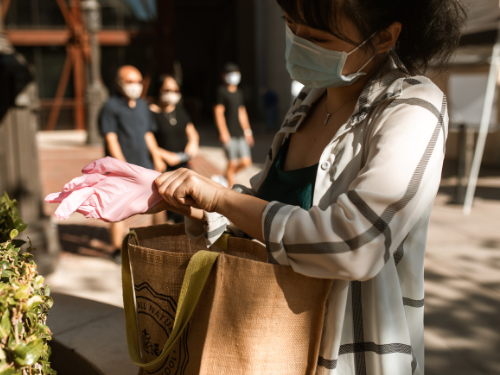 Researchers found that the severity of COVID-19 isn’t a risk factor for getting long-haul symptoms but age is. About half of the study participants with mild cases experienced lingering symptoms post-COVID. Psychological distress was also discovered in a third of participants, with women and long-haulers showing a higher risk of developing it. (Pexels)

A Japanese research team looking at COVID-19’s lingering impacts on survivors and local communities found that having a mild case of COVID-19, smoking status, comorbidities, or your sex aren’t significant predictors to tell if you are less likely to develop long-term symptoms but age is.

“The prevalence of sequelae did not significantly differ by sex, severity of COVID-19, place of medical care, smoking status, or comorbidities,” the research team, led by Hiroshima University Professor and Executive Vice President Junko Tanaka, said in their findings published in Scientific Reports.

The cross-sectional study explored four areas to investigate what recovery and community life are like for COVID-19 survivors. These areas are the persistence of symptoms, psychological distress, impairments in work performance, and experiences of stigma and discrimination. Some 127 patients who recovered from COVID-19 at two hospitals in Hiroshima Prefecture, Japan participated in the study between August 2020 to March 2021.

Although they found that smoking history and comorbidities were not significantly related to the frequency of long-term symptoms in the multivariate analysis, the researchers believe that these factors should be continued to be examined in the future since only 18 were smokers among the study participants. As for comorbidities, hypertension was reported only in 19 of the participants and diabetes in 13.

COVID-19 severity is not a risk factor

Persistent symptoms of COVID-19 were identified in over half of the participants at a median of 29 days after onset. Meanwhile, half of those with mild cases experienced lingering symptoms.

“The most important finding is that the percentage of patients with some sequelae after approximately one month from the onset of COVID-19 was as high as 52%, and even among those with mild disease, the rate was as high as 49.5%,” study first-author Aya Sugiyama, assistant professor at Hiroshima University’s Graduate School of Biomedical and Health Sciences, said.

Their findings are consistent with previous studies reporting that 53% to 55% of non-hospitalized COVID-19 patients get lingering symptoms.

“Several reports have pointed out that COVID-19 severity is not associated with sequelae. These findings suggest that COVID-19 patients should be followed up for persistent symptoms regardless of the severity of COVID-19,” the researchers said.

But older age is

The prevalence of lingering symptoms varied by age group in the study, but the researchers found that older patients are significantly more likely to become long-haulers compared to those aged 40 and below. This is consistent with previous studies showing that long-haul symptoms were more likely with increasing age.

They also discovered age-dependent differences in the prevalence of symptoms. Patients aged 60 and above were more likely than other age groups to report fatigue, palpitations, dry eyes or mouth, dyspnea, and sputum production.

The researchers noted how long-haul symptoms are common in organs with high ACE2 expression. ACE2, the major cell entry receptor for SARS-CoV-2, is extensively expressed in numerous human organs such as the mouth, liver, and lungs.

“COVID-19 affects various tissues and organs, such as those in the respiratory, cardiovascular, and neurological systems,” they stated in the paper.

Their findings also found that sex was not a risk factor for long-haul COVID symptoms, a contrast to another study that pointed out how it is twice as common in females than males.

Stigma and discrimination due to COVID-19 were reported by 43.3% of participants. The most common complaints were being treated as contagious despite being cured (61.8%), harmful rumors (29.1%), and verbal harassment (25.5%).

Meanwhile, 29.1% of study participants had possible impairments in their job performance, suggesting that post–COVID-19 conditions may influence productivity at work to only a limited extent.

The researchers noted how their findings revealed significant health impacts of long-haul COVID symptoms in local communities. They hope to conduct a large-scale and long-term study.

“We would like to elucidate how long the aftereffects last and whether the actual aftereffects differ by viral variant,” Sugiyama said.