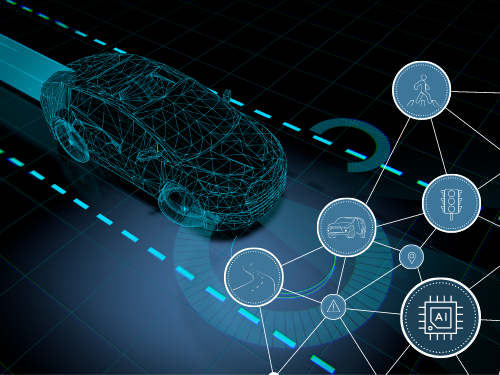 With the accelerating evolution of technology, artificial intelligence (AI) plays a growing role in decision-making processes. Humans are becoming increasingly dependent on algorithms to process information, recommend certain behaviors, and even take actions of their behalf. A research team has studied how humans react to the introduction of AI decision making. Specifically, they explored the question, “is society ready for AI ethical decision making?” by studying human interaction with autonomous cars.

The team published their findings on May 6, 2022, in the Journal of Behavioral and Experimental Economics.

In the first of two experiments, the researchers presented 529 human subjects with an ethical dilemma a driver might face. In the scenario the researchers created, the car driver had to decide whether to crash the car into one group of people or another – the collision was unavoidable. The crash would cause severe harm to one group of people, but would save the lives of the other group. The subjects in the study had to rate the car driver’s decision, when the driver was a human and also when the driver was AI. This first experiment was designed to measure the bias people might have against AI ethical decision making. 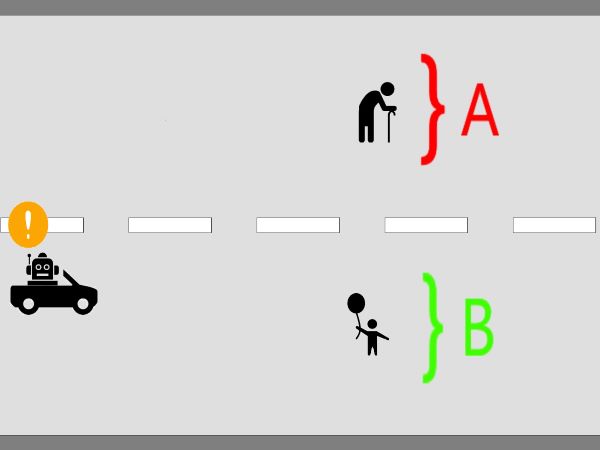 Participants rated from 1 to 5 stars the ethical decision of either a human or an AI driver. (Image courtesy of Johann Caro-Burnett, Hiroshima University)

In their second experiment, 563 human subjects responded to the researchers’ questions. The researchers determined how people react to the debate over AI ethical decisions once they become part of social and political discussions. In this experiment, there were two scenarios. One involved a hypothetical government that had already decided to allow autonomous cars to make ethical decisions. Their other scenario allowed the subjects to “vote” whether to allow the autonomous cars to make ethical decisions. In both cases, the subjects could choose to be in favor of or against the decisions made by the technology. This second experiment was designed to test the effect of two alternative ways of introducing AI into society.

The researchers observed that when the subjects were asked to evaluate the ethical decisions of either a human or AI driver, they did not have a definitive preference for either. However, when the subjects were asked their explicit opinion on whether a driver should be allowed to make ethical decisions on the road, the subjects had a stronger opinion against AI-operated cars. The researchers believe that the discrepancy between the two results is caused by a combination of two elements.

The first element is that individual people believe society as a whole does not want AI ethical decision making, and so they assign a positive weight to their beliefs when asked for their opinion on the matter. “Indeed, when participants are asked explicitly to separate their answers from those of society, the difference between the permissibility for AI and human drivers vanishes,” said Johann Caro-Burnett, an assistant professor in the Graduate School of Humanities and Social Sciences, Hiroshima University.

“We find that there is a social fear of AI ethical decision-making. However, the source of this fear is not intrinsic to individuals. Indeed, this rejection of AI comes from what individuals believe is the society’s opinion,” said Shinji Kaneko, a professor in the Graduate School of Humanities and Social Sciences, Hiroshima University, and the Network for Education and Research on Peace and Sustainability. So when not being asked explicitly, people do not show any signs of bias against AI ethical decision-making. However, when asked explicitly, people show an aversion to AI. Furthermore, where there is added discussion and information on the topic, the acceptance of AI improves in developed countries and worsens in developing countries. 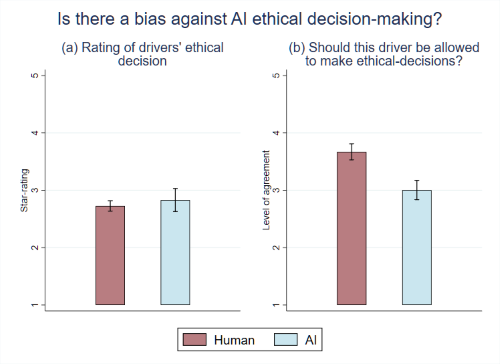 On average, people do not rate the AI driver's ethical decisions differently from a human driver. However, they do not want to allow AI to make ethical decisions on the road. (Image courtesy of Johann Caro-Burnett, Hiroshima University)

The researchers believe this rejection of a new technology, that is mostly due to incorporating individuals’ beliefs about society’s opinion, is likely to apply in other machines and robots. “Therefore, it will be important to determine how to aggregate individual preferences into one social preference. Moreover, this task will also have to be different across countries, as our results suggest,” said Kaneko.