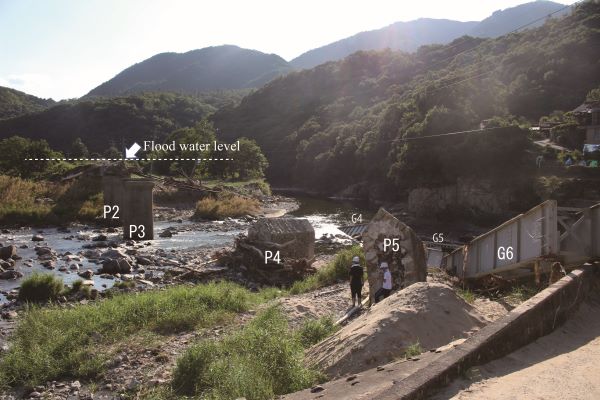 Before record rainfall in July of 2018, the Misasa Railroad Bridge spanned a small river some nine miles inland from Japan’s western coast. Unprecedented flooding collapsed the bridge, an infrastructure failure that will continue to increase as weather events become more extreme, according to researchers in Japan.

The team published their analysis of the collapse, as well as what can be learned from it, on June 22 in the Journal of Bridge Engineering.

“Bridges are important structures in transportation lifelines, and it is difficult to restore a bridge once it has collapsed and is washed out,” said Ichiro Ario, assistant professor in the Graduate School of Advanced Science and Engineering at Hiroshima University. “Cases where the damage events and the causes of damage can be analyzed concretely and quantitatively are valuable because they enable us to study the actual structural sizes, degree of damage, loss of performance, differences between actual scenarios and design conditions, and washing out mechanisms — critical factors to understand when analyzing collapse causes and determining future flow resistant bridge designs.”

Modern bridges are typically built to a seismic intensity standard expressed as a complex ratio of the structure’s horizontal weight to several other factors, including ground acceleration. An acceptable standard for the horizontal seismic intensity at the time of an earthquake is generally considered to be about 0.2. In a field survey and analysis of the Misasa Railroad Bridge collapse co-led by Ario, researchers found the ratio of the horizontal flood hydrodynamic force to the weight of the bridge girder was 0.397, nearly double the standard coefficient.

“We found that the maximum flood fluid force — the strength and speed of moving water — was twice the normal value that would be acceptable for seismic design for this type of girder bridge,” Ario said. “This information is valuable when considering flood-resistant design of bridges for future excess floods.”

This force was initially resisted by the bridge girder, the main structural component — often seen as an I-beam — that underpins plate girders and the bridge deck, but the continued fluid force in the same flow direction eventually overcame the resistance and the bridge flowed out. For comparison, an earthquake’s acting force shifts in what’s called an amplitude motion in different directions. While this wave-like motion can also cause significant damage, it does not exert the same constant, shearing force on the bridge girder.

“Our structural analysis revealed the flood hydrodynamic force on the bridge girder during the flood caused the base of the stone piers supporting the bridge to collapse,” Ario said. “Based on the failure processes and conditions revealed by the analysis, we identified design elements that can effectively help increase the resistivity of bridge structures on small rivers against floods.”

From their analysis of water flow and water height during the flood compared to the resulting bridge damage, the researchers recommend that future bridge designs should account for nearly 1.5 times the current standard estimation for planned high-water flow rate. They also recommend increasing the space under the girder to keep the beam from submerging, as well as a bridge structure designed to reduce resistance even if it overflows. And, as extreme weather events continue to increase, the researchers stressed the importance of testing and confirming the stability and safety of bridge components against running water.

“The 2018 flood event caused an outcome that greatly exceeded the assumptions at the time of planning and design, so there is an urgent need for bridge designs that consider higher flow rates, higher water levels and how to better counter flow resistance on the structures, as well as similar measures to retrofit existing bridges,” Ario said. “Our research results indicate that the flow rate and estimated hydrodynamic force of a flood should be employed as the basis for the design of bridges.” 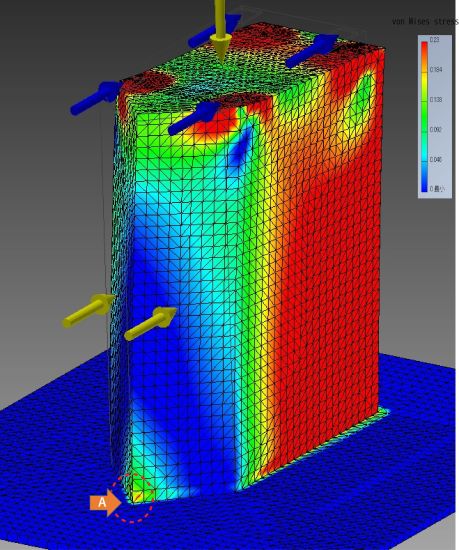