Cultured human skeletal muscle cells infused with serum from hibernating bears exhibited “muscle gain” confirming that these creatures’ ability to avoid muscular damage despite months of inactivity is in their blood. 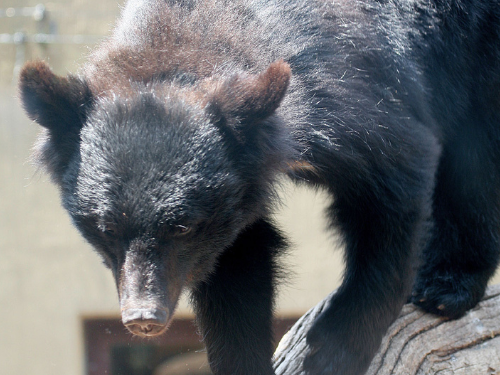 A new study found that the “destruction mechanism” behind muscle degradation is weakened in cultured human skeletal muscle cells treated with hibernating bear serum. (Photo by Kabacchi licensed under CC BY 2.0)

But what these key blood components are remain unknown.

Hibernating bears can lie still for 5-7 months a year inside their dens without eating or drinking. In humans, just three weeks of inactivity is enough to lose muscle mass. Prolong it and it could lead to sedentary lifestyle-related diseases like obesity and diabetes — and even early death. Bears, however, survive their hibernation with limited muscle loss, minimal metabolic dysfunction, and unharmed physical functions.

“The ‘use it or lose it’ phenomenon is a well-accepted physiological principle for the skeletal muscle, which is highly plastic in response to functional demands. Disuse typically leads to skeletal muscle loss and metabolic dysfunction in many animal species, including humans,” study first-author Mitsunori Miyazaki, associate professor at Hiroshima University’s Graduate School of Biomedical and Health Sciences, explained.

“In contrast, hibernating animals are likely better described to be under the ‘no use, but no lose’ phenomenon, in that there is potential resistance to muscle atrophy during continued disuse conditions.”

The study jointly conducted with researchers from Hokkaido University found that the serum drawn from the blood of hibernating Japanese black bears weakened the “destruction mechanism” controlling muscular degradation. Their findings were published in the journal PLOS ONE.

Muscle mass is generally determined by the dynamic balance between the “synthesis” and “degradation” of proteins. But since this balance is altered by the hibernating bears’ serum, the cultured muscle cells showed significant protein content growth following 24 hours of treatment. This notable increase in protein was not seen in cultured muscle cells infused with serum collected during the bears’ active summer season.

The researchers attributed the diminished capacity of the muscles’ “destruction mechanism” to the suppressed expression of MuRF1 (Muscle RING-finger protein-1), the switch triggering the shredding of unused muscles. According to them, it is likely that suppression of MuRF1 expression was mediated by the activation of the Akt/FOXO3a (protein kinase B/Forkhead box class O 3a) axis responsible for the elevation of protein synthesis.

They also observed increased levels of the growth factor hormone IGF-1 (insulin-like growth factor-1) in the hibernating bear serum. The researchers identified it as a candidate upstream factor that induces activation of the Akt/FOXO3a axis. Previous studies have reported seasonal variations of IGF-1 concentrations in bear serum. These studies found IGF-1 concentrations were highest during the active summer period and lowest in early hibernation and then increased again near the end of hibernation.

But Miyazaki and his co-researchers later redirected their attention elsewhere after correcting their calculations on IGF-1 concentration levels in the hibernating bear serum. They said it is a possibility that the higher IGF-1 concentrations observed in the study were simply due to a decrease in the serum’s water content brought about by other causes, such as dehydration.

“We have indicated that ‘some factor’ present in hibernating bear serum may regulate protein metabolism in cultured human skeletal muscle cells and contribute to the maintenance of muscle mass. However, the identification of this ‘factor’ has not yet been achieved,” Miyazaki said.

Originally a physical therapist, the associate professor said he wondered why it is not possible to build muscles that do not weaken in the first place rather than restore deteriorated muscles.

“I wanted to do research that would lead to the development of effective rehabilitation and training methods,” Miyazaki said, adding that this is the reason he got interested in exploring hibernation’s secrets.

“By identifying this ‘factor’ in hibernating bear serum and clarifying the unexplored mechanism behind ‘muscles that do not weaken even without use’ in hibernating animals, it is possible to develop effective rehabilitation strategies in humans and prevent becoming bedridden in the future.”