Three of the nuclear power plants that supplied Tokyo, Japan with its electricity have been shut down since 2003. To understand the long-term implications of this change to Tokyo’s power grid, researchers studied how CO2 emissions in the city differed since the power plant closures. 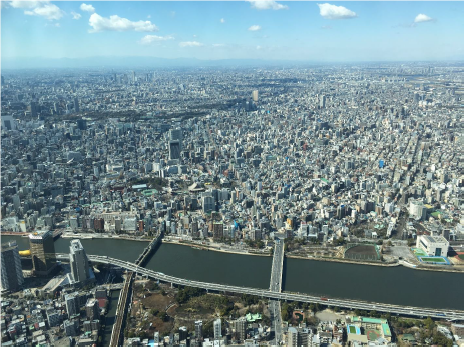 Since 2003, three of the nuclear power plants that supplied Tokyo, Japan with its electricity shut down. Researchers suspected that this would have implications for the city’s consumption-based CO2 emissions as electricity was supplied through other means. To understand the long-term implications of this change to Tokyo’s power grid, researchers from Hiroshima University studied how CO2 emissions in Tokyo have changed since the power plant closures.

The findings were published in Urban Climate on June 28.

“In this study, we analyzed the changes in the carbon mitigation responsibility of Tokyo after the electricity supply shock caused by nuclear power plant accidents to examine how dependence on electricity supply affects CO2 emissions. In other words, we examined if the suspension of the nuclear power plant has impacted Tokyo’s carbon dioxide emissions,” said corresponding author Ayyoob Sharifi, a professor at the IDEC Institute at Hiroshima University. 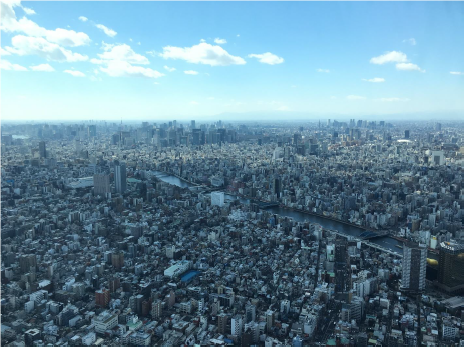 Tokyo is an important city to study when it comes to global carbon mitigation efforts. Like many large cities, the city has shifted from an industrial city to a service city. In a service city, many of the goods and services that the city consumes are produced outside of the city instead of within. Every year, the population of Tokyo increases and, along with it, the demand for goods and services increases.

“We found out that there was no significant change in Tokyo’s consumption-based emissions. Also, due to the shift from nuclear to thermal power plants, the CO2 emissions embodied in electricity imported from outside the city has increased. We argue that since local governments in Japan report their emission data based on the electricity imported from outside the city boundaries, their reported data (on their climate change mitigation responsibility) are underestimated,” said co-author Masaru Ichihashi, a professor at the IDEC Institute at Hiroshima University. This increase in CO2 emissions from the creation, storage, and transportation of electricity from outside the city was directly related to the change from nuclear power to thermal power.

“Proper emission accounting should also consider other emissions, including those associated with other services and imported goods and products. Since Tokyo’s consumption structure has remained steady over the past few decades, we assume that Tokyo’s emission responsibility will not change unless there is a major switch to more low-carbon and sustainable consumption and production patterns in the city,” said co-author Shinji Kaneko, a professor at the IDEC Institute at Hiroshima University. This would include finding a more sustainable way to produce electricity for the city

Looking ahead, researchers will continue to monitor how Tokyo’s CO2 emissions change over time.

“We would also like to examine how local initiatives such as waste recycling and renewable energy generation are developed and implemented in the city and how successful they are in facilitating the transition towards the low-carbon economy and meeting the ambitious climate change mitigation targets of the city (aligned with the targets of the Paris Climate Agreement),” said lead author Kae Murakami of the City of Hiroshima.