Research proposes “hybrid balancing,” a novel framework for studying the complex power dynamics between China, the U.S., and its allies bordering the Pacific Ocean. 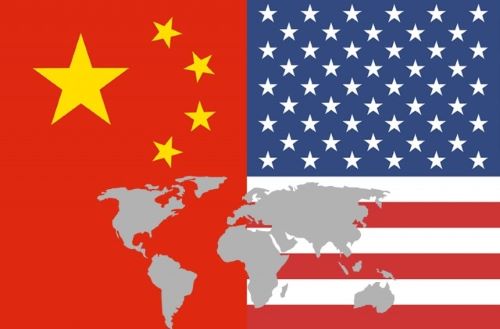 Social sciences and international relations experts at Hiroshima University in Japan have proposed a new framework for studying the immensely complex power dynamics between China and the U.S., and its allies bordering the Pacific Ocean – “hybrid balancing.” The concept evolved out of “hybrid warfare,” which was an outgrowth of the Cold War between the U.S. and the former Soviet Union, when war became more about public perception, trust in governments, and economic leverage than bullets and tanks.

Since then, and especially since the invasion of Crimea by the Russian Federation in March 2014, hybrid warfare has been popularized to the extent that the concept has become a cornerstone of security studies worldwide, according to Assistant Professor Ryuta Ito of the Graduate School of Humanities and Social Sciences, who wrote and published the case study in peer-reviewed journal International Affairs in early November 2022.

“Hybrid warfare has recently attracted scholarly attention,” Ito said. “Despite its importance, hybrid warfare research remains underdeveloped, as it sometimes falls into the trap of ‘simplistic hypothesis testing’, which focuses on narrowly defined military factors while downplaying the fundamentals of international politics (e.g. balancing and diplomacy). My recent article fills this gap by constructing a new theoretical concept called ‘hybrid balancing’ by introducing the essence of hybrid warfare into classical realism, based on the scientific realism in the philosophy of science as a meta-theoretical foundation.”

Political scientists and international relations academics and analysts hope to better understand how China uses its vast social and economic influence across the Indo-Pacific region to maintain favorable trade conditions while also seeking to quell the proliferation of liberal Western cultural ideals. Geographically, the Indo-Pacific region extends from the Indian Ocean to the Pacific Ocean (especially the western Pacific): namely, from the eastern coast of Africa and the environs of Madagascar, through the waters around the Philippines and Indonesia between the two oceans, to the eastern edge of Oceania, Ito wrote in the case study. “Politically, since 2010, it has gradually established itself as a strategic concept in the foreign policy lexicon of some countries, particularly Australia, India, Japan, and the United States.”

“Rather than being a new form of conflict, hybrid warfare is a strategy that the belligerent uses to advance its political goals on the battlefield by applying military force subversively,” Ito wrote, referencing a 2016 paper in International Affairs.

The interest and urgency surrounding the study of hybrid warfare are growing in part because of the conflict between Ukraine and the Russian Federation. “As has been widely reported, the war in Ukraine has the potential to demonstrate costs and consequences of a powerful nation attempting to overtake a smaller, yet highly productive and resource-rich state such as Taiwan,” Ito said. “In the case of China and Taiwan, the stakes in an all-out military conflict would be on the orders of magnitude greater than what we’re seeing in Ukraine, so a conventional war is virtually unthinkable. However, hybrid balancing as I’ve described better encapsulates the ebb and flow of power in the Indo-Pacific.”

What has emerged in the past decade in response to China’s hybrid balancing posturing is the “Free and Open Indo-Pacific (FOIP) Coalition,” which includes pro-democracy nations across the Indo-Pacific and led by economic heavyweights U.S., Japan, and Australia.

“It is apparent to us that China is engaging in hybrid balancing in this region to counter the liberal democratic coalition advancing the FOIP strategy,” Ito said. “Further study is warranted as tensions across this economically crucial region continue to grow. Cases other than China’s use of hybrid warfare in the Indo-Pacific are needed to verify hybrid balancing more robustly. Since our article’s case-study is a plausibility probe, which aims not to test a theory but merely to illustrate it to show that the argument is sufficiently grounded in evidence to justify further research, the next step may be rigorous case-studies to confirm the logic of hybrid balancing.”