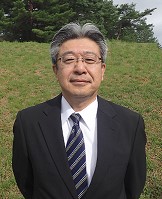 In addition, since FY2006 IDEC has been involved in the Special Program for Priority Placement of MEXT Scholarship Students.
As a result, 1,968 students with master’s degrees, and 388 students with Ph.D. degrees have graduated from IDEC since its establishment and are currently actively involved in work inside or outside the country. As of May 2019, 267 students (of whom approximately more than 70% are international students) are studying at IDEC from a total of 37 countries.

As the above account suggests, IDEC has achieved various distinguished outcomes as a Japanese graduate school for development. However, a renewal has taken place and IDEC has become a university-wide organization called the IDEC Institute. This change aims to create a larger scale organization, involving education, research and practical resolution, which is operated across four HU graduate schools reorganized in FY 2020, beyond the previous departments.
There are strong expectations that graduate schools for development, which train highly specialized individuals and make it possible to play an active role around the world, will play an increasingly important role in the future. Thus, the upgrading of IDEC has become necessary to move forward with many activities. Examples include a new goal adopted in the United Nations as “Sustainable Development Goals” towards the year 2030; the international development of society as a renewed science and technology policy for Japan (Society 5.0); and a plan for a Sustainable University Town, in collaboration with Higashi Hiroshima City.
The development of globalization is causing international society to become increasingly complex. As a result, IDEC will initiate and organize programs from henceforward that will fully match this tendency.