Hiroshima University established the Graduate School of Integrated Sciences for Life and the Graduate School of Biomedical and Health Sciences as part of its university reform efforts to keep up with the rapidly changing global educational and research scenarios.  Formally opened on the 1st of April this year, a grand commemorative ceremony and lecture was held on July 20th at a hotel in downtown Hiroshima.

Prior to the ceremony, Dr. Tasuku Honjo (Deputy Director and Senior Professor at the Institute for Advanced Study of Kyoto University), who received the Nobel Prize in Physiology and Medicine in 2018 was invited to give a lecture entitled "Striking Good Luck of Acquired Immunity," where about 400 people, including high school students, gathered at the venue and listened enthusiastically.  Dr. Honjo sent an important message to the students by saying, "It is important to find out what is the important task and what you want to know first."

After the lecture, President Ochi presented Dr. Honjo with the title of Honorary Professor of Hiroshima University, recognizing him for his many scientific achievements. 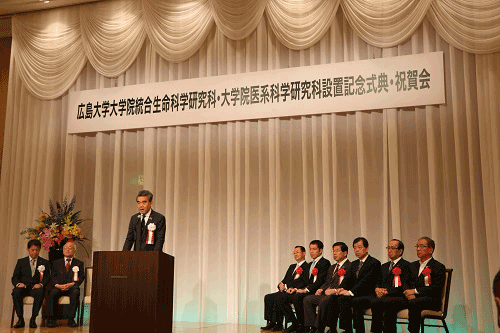 President Ochi delivers his greeting at the commemorative ceremony 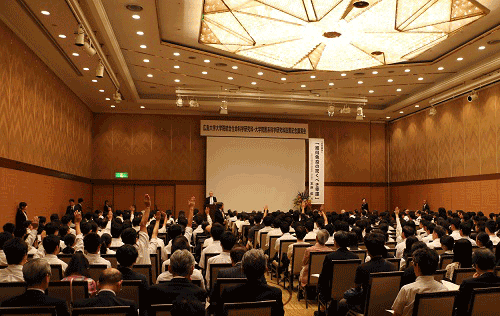 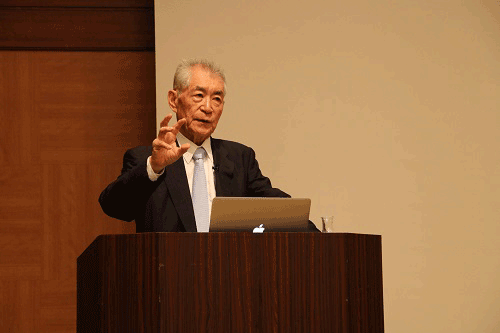 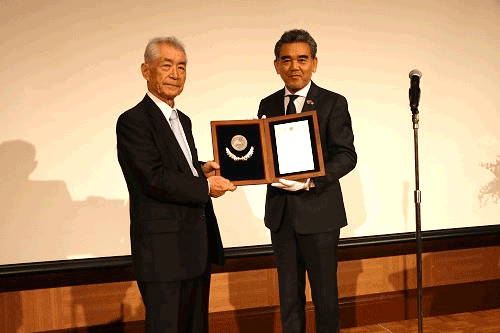