The Ministry of Foreign Affairs of the Republic of Union of Myanmar has appointed Hiroshima University alumna Dr. Wai Yee Lin as the new Economic Counselor at the Consulate General Office in Kunming, China since October 2020.

Dr. Wai Yee Lin studied at the former Graduate School of Biosphere Science of Hiroshima University under the supervision of Prof. Masahiro YAMAO and Prof. Kenji HOSONO for her Master of Science (Agriculture) and Ph.D. (Food Policy) under scholarships granted by the Monbukagakushou (MEXT) from 2010-2016.  She specializes in food safety quality, trans-boundary food policies and socioeconomics.  After returning to Myanmar, she was promoted as an assistant director at the Department of Consumer Affairs of the Ministry of Commerce at the Union (national) level.  She represented her country in different workshops organized by the World Trade Organization (WTO), United Nations Economic and Social Commission for Asia and the Pacific (UN-ESCAP), Asia-Pacific Research and Training Network on Trade (ARTNet) and the Association of Southeast Asian Nations (ASEAN).  Her vast international background would help in her current diplomatic position to boost economic, trade and investment relations between Myanmar and China. 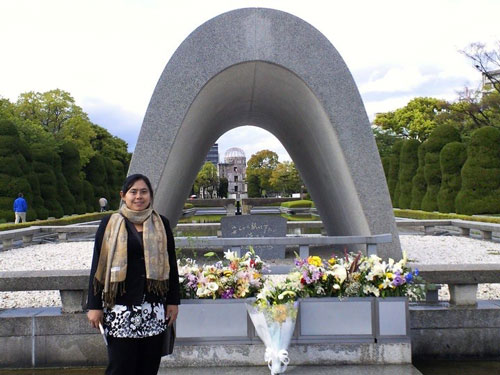