From the 22nd through the 24th of September, 2015, three students attended a training course named “Late phase nuclear accident preparedness and management” as the fourth global field visit.

This training course was held at the Research Institute of Radiology (RIR) in southern Belarus, and was organized by RIR in conjunction with the Nuclear Protection Evaluation Center (CEPN, France).

The course consisted of lectures and a visit to the affected areas of the Chernobyl disaster from 1986. Through these lectures, students learned the principles and criteria for the management of post-accident situations, and the management of contaminated food production systems and water resources in order to prevent people from internal contamination. A Japanese lecturer introduced the medical examination used to check individuals for internal contamination in radiation-affected areas, as well as the health problems facing citizens involved in the mandatory evacuation, and the existence of “solitary death” following the Fukushima Daiichi nuclear power plant accident.

Students also had the opportunity to visit severely contaminated areas due to the Chernobyl accident. Some of the citizens who had lived there were forced to permanently abandon their houses and resettle elsewhere. Although twenty nine years has passed since the Chernobyl disaster, examination for contamination of food at the medical institutions and education about radiation contamination and its effects on human health continue.

The Chernobyl disaster was classified as a level 7 event (the maximum classification) on the International Nuclear Event Scale. This is the same as the Fukushima accident. Students were able to acquire more specific knowledge about late phase management of a severe nuclear accident. 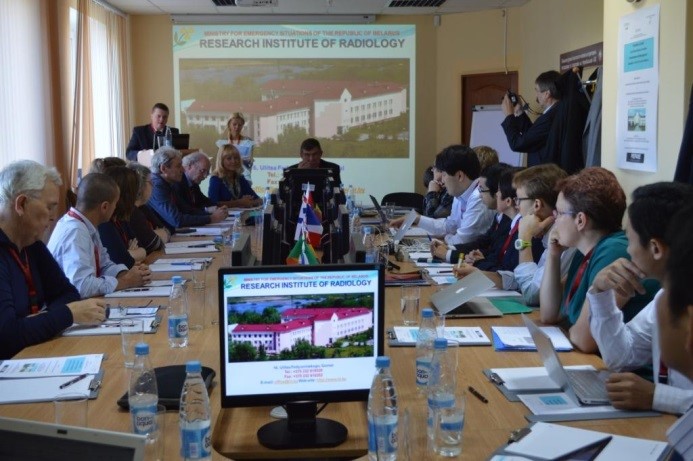 Venue of the training course 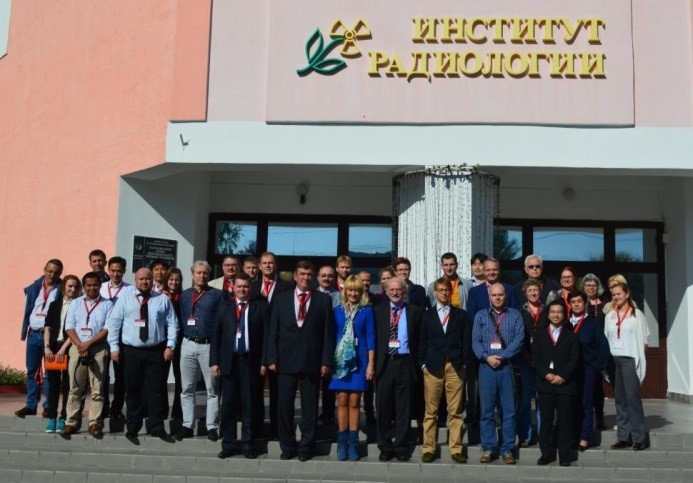 Participants and organizers of the training course 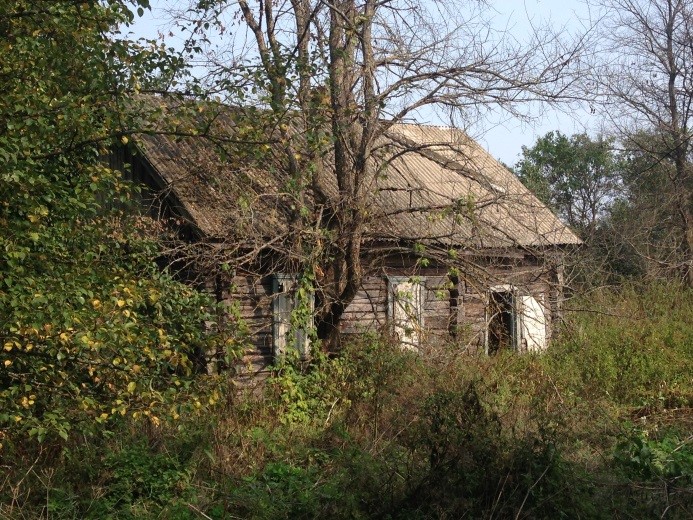 There were many abandoned houses at severely contaminated areas 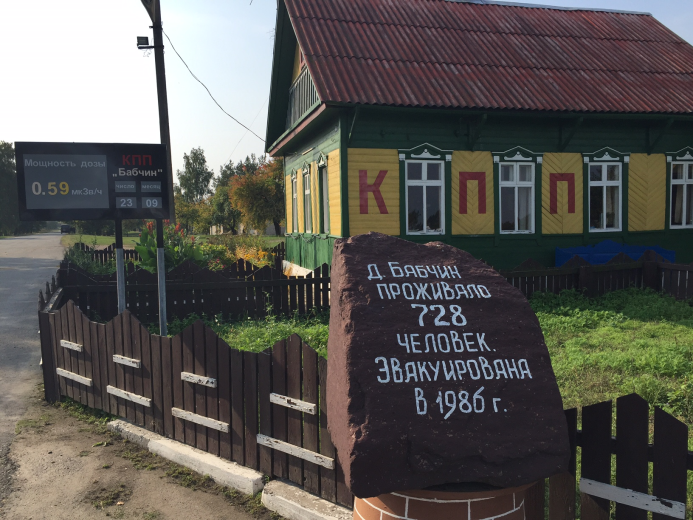 The entrance of reserved district after the impact of the Chernobyl disaster in 1986. Dose rate is still higher than usual.