The brainchild of Professor Manabu Abe of Hiroshima Universities Department of Chemistry, it aims to open up the mysterious world of neurotransmission - increasing our understanding of the mechanisms involved and potentially leading to treatments for memory loss conditions. 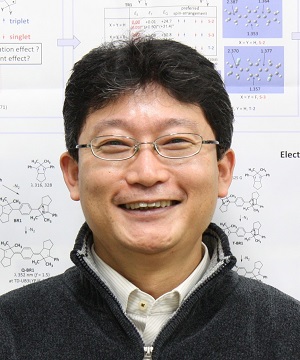 Gaps in our understanding

Memory involves the successful flow of neurotransmitters from neuron to neuron. When memory breaks down, we know there must be a gap in this flow but we currently don’t know where to start in terms of bridging it!

In fact, our understanding of neurotransmission in general is filled with holes, limiting the development of treatments for memory loss.
While scientists are aware that stimulation of neurotransmitters such as glutamate is required for functioning memory, where and how these chemical messengers are produced remains a mystery.

What is known is that calcium has a critical role to play – its concentration increases prior to glutamates release, but again the mechanisms are poorly understood. This is due to calcium’s elusiveness in neuron cells where it exists as a dissolved salt, making it difficult to control or detect.

Using Professor Abe’s technique, it is hoped that the production sites of chemical messengers within neurons can be sourced, studied and even rebooted as required to reestablish flows between neurons and so boost memory.

The first phase involves “carrier molecules”. When applied to the body via spray, these synthesized molecules diffuse independently into neuron cells - capturing and holding in place any calcium they encounter by bonding favorably with it.

However, calcium suspended in place, is of little use in memory experiments unless it can actually be detected. To solve this dilemma chromophores – essentially light sensitive antennae - were incorporated into the carriers giving them light absorbing properties.

When near-infrared light is projected at these modified carriers they break down via two-photon emission. This break down, using light capable of penetrating tissue without damaging it, makes it particularly useful for internal use in living organisms via external control using lasers!

In the lab near-infrared lasers were projected at neuron cells containing these light sensitive carriers to see if calcium was released. When the electrical charge at each laser-beam penetration point was recorded, an interesting pattern emerged - there was a wide in the charges detected, but what could this mean?

It seems that exposure to the electromagnetic wave broke down the light sensitive calcium-carrier molecules as planned - causing them to shed their electrically charged calcium cation. As calcium only exists at specific neurotransmitter production areas in neurons, a higher charge was detected in these points.

As this only happened in specific precise areas and at relatively high levels – it could also be deduced that the elusive sites of calcium concentration in neurons had finally been found.

Scientists can now focus on these precise points of neurotransmitter production to develop treatments for memory loss. Weather by observing how these areas respond to medication or by introducing outside sourced glutamate to neurons which are not functioning, a whole new world of possibilities has opened up for scientists wanting to keep the memories flowing. 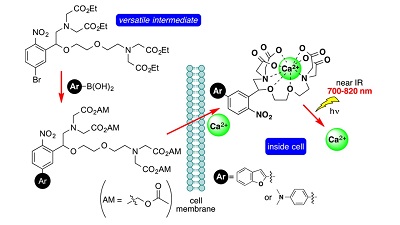