On December 17, Mr. Yuta Shimada, a 1st year student of the School of Science won  first prize in the All Japan Bibliobattle* 2017 held in Tokyo.

Mr. Shimada introduced the “18禁日記 (literally it means R-18 Diary, by Atsuto Ninomiya, from the TO Entertainment)”. He introduced the charms of the book with gestures, sometimes making the audience laugh and surprised. It was the first time for the student of Hiroshima University to join this competition and receive the first prize.
Thank you all for your support.

*Bibliobattle: Participants come together with their favorite or an interesting book then introduce the book for five minutes one by one. The presenters introduce books without using slides or résumés. After all presentations, the “champ-bon (literally it means the best book)” is awarded for the book that wins the largest number of votes from both audience and presenters. 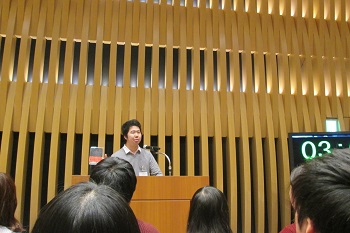 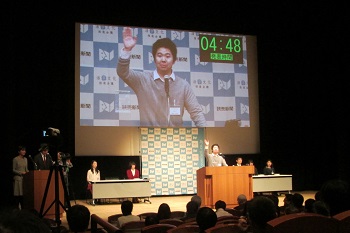 The final stage was much bigger than the qualifying tournament stage. 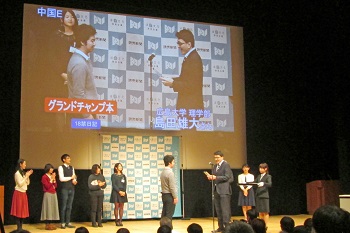 Mr. Shimada’s book was elected as the champ-bon (the Best Book). 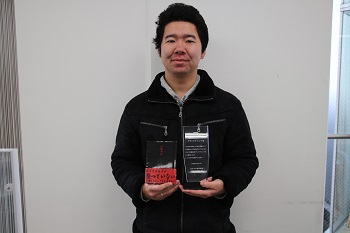 Mr. Shimada with the elected book and the trophies in his hand