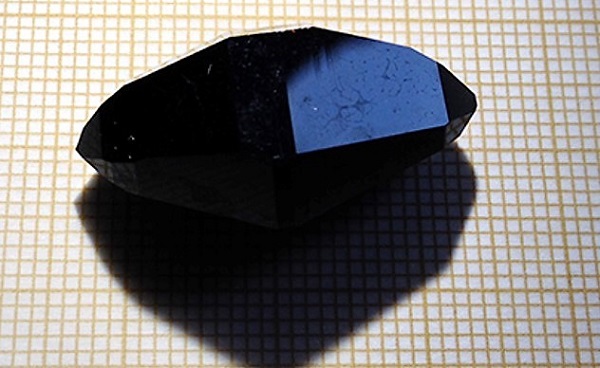 In order to build a chiral magnet (pictured), it is necessary to first design a chiral crystal. (Photo: Julien Zaccaro / Center for Chiral Science)

Engineers and chemists at Hiroshima University successfully used the same technology at the core of facial recognition to design chiral crystals. This is the first study reporting the use of this technology, called logistic regression analysis, to predict which chemical groups are best for making chiral molecules. Results were published in Chemistry Letters.

Chirality describes the quality of possessing a mirror image to something else, but without the ability to superimpose it. Your left foot, for example, is a mirror of your right. They look similar, but they are not the same. This is why you cannot wear a left shoe on your right foot.

The idea is similar in chemistry. Two molecules can have the same makeup of elements, but their geometry can differ. A left-handed chiral helix can have a corresponding right-handed helix.

However, making a mirror image of a chiral molecule is more complicated than just rearranging some bonds. An extra layer of complexity arises when making a crystal, a highly ordered series of atoms or molecules that can extend in three dimensions.

"The most difficult part of making a chiral crystal," primary author Katsuya Inoue said, "is knowing how to design them." Inoue is a researcher at the Department of Chemistry of Hiroshima University (HU) and the Chirality Research Center.

According to Inoue, it is difficult to mix different atoms so that their chiral geometry coexists in a single crystal. Alone, two types of atoms will want to form bonds with the same angles. When combined, though, they may not.

“We can train our model to detect chiral and non-chiral possibilities. In this case, though, the input is not an image. It is information.”

They calculated which chemical groups of the periodic table have elements that are more likely to coexist in a chiral crystal. The groups that correspond to carbon, nitrogen, and oxygen were best - or group numbers 14, 15, and 16, respectively.

Logistic regression is a statistical method that can tell apart two objects. Eri Shimono, co-author and research assistant in the Department of Chemistry and Chirality Research Center, compared it to use in smartphones.

"In face recognition, smartphones use machine learning to classify faces and things that are not faces," Shimono said. "We can train our model to detect chiral and non-chiral possibilities. In this case, though, the input is not an image. It is information."

Going forward, the team is fine-tuning the prediction model in two ways. First, they want to account for more atoms in a crystal. "We started from two atoms. In reality, though, many crystals are made with three or four," Inoue said. "We have to extend this model to fit for these cases."

Second, they are applying deep learning. The current model, which uses basic machine learning, is made from existing data. Deep learning would let researchers classify new data as chiral or not. From these results, the team plans to start creating some predicted crystals and explore how to build a chiral magnet from them.