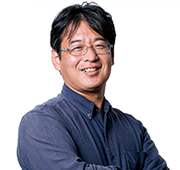 Statistical analysis is open for students majoring in the humanities.

Economic data in our daily lives

Our daily lives are full of economy-related data. For example, the commonplace terms "stronger yen" and "weaker yen" refer to the foreign exchange quotation, which is the price of Japanese currency yen converted into the currency of other countries (U.S. dollars, among others) at the foreign exchange market. In the early summer of 2017, news of a jobs-to-applicants ratio exceeding the level of July 1990 when it reached its peak amidst the bubble economy came up as a hot topic. The jobs-to-applicants ratio, together with the jobless rate, is a representative indicator of the Japanese labor market, and published monthly by the Ministry of Health, Labour and Welfare. Econometrics is a field of academic study of statistical analysis of economy-related data. Economic data observed and published from time to time, such as the jobs-to-applicants ratio, is called economic time series data, which is my field of specialty.

Devising a method for improving the development of OECD indicators

Informatics is open for researchers majoring in the humanities

It is true that information science study requires mathematics and computer skills, however, I took a course for preparation of entrance exams for the humanities departments of universities when I was in high school and went on to become part of the faculty of economics at a university. So, I have no background as a science major. Many of my research colleagues of econometrics also have no background as science majors. So, even you have no science background, do not hesitate to join us for research for finding a way to improve traditional methods: a process where we pursue ways which have never been known before.