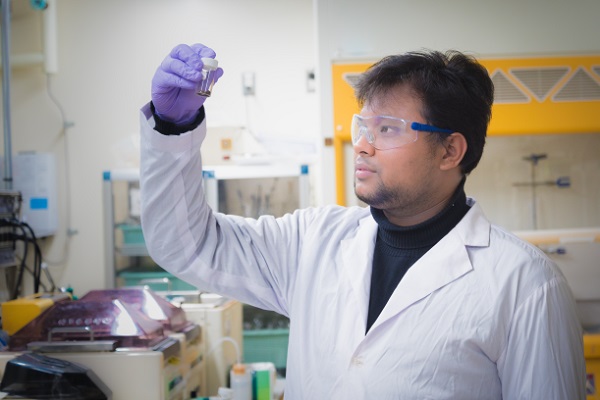 Researchers at Hiroshima University have created a cost-effective polymer gel that removes arsenic from drinking water with a high selectivity, and the gel can safely be used again for the same task.

Arsenic contamination in drinking water is problematically high in over twenty countries, including developing and first-world countries. In Bangladesh, the amount of arsenic found in groundwater is fifty micrograms per liter – fifty times the World Health Organization’s limit. Groundwater further contaminates soil of food like rice and produce. Further, arsenic is associated with diseases like cancer, heart disease, and pneumonia.

One way to remove arsenic from water is to engineer a polymer gel that can adsorb the carcinogen. On its own, the polymer is not effective. It must be mixed with an anion. Groundwater teems with anions, or negatively charged particles such as sulfate or phosphate. The problem is that arsenic is also an anion. Without a way to compete with these other particles, the gel adsorbs other ions more easily than arsenic.

“Iron is a popular choice, but it’s actually not that effective,” Safi Syed said. Syed, whose home country is Bangladesh, is lead author of this study. “What we did differently is load the iron into the gel while we made it rather than afterward, which other researchers did. We found that even if high amounts of sulfate, a strong anion, were in the water, our gel still adsorbed arsenic. That’s selectivity!” 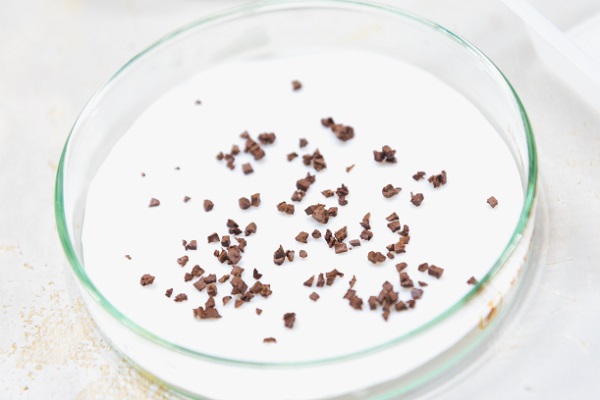 The cationic polymer gel. This gel is loaded with iron hydroxide to remove arsenic from water (Credit and License: Safi Syed Ragib)

Other gels have a higher adsorbancy. However, they were tested in acidic conditions. Syed’s group tested the gel at pH 7, which is neutral or closer to real-life conditions of groundwater.

Additionally, Syed’s gel is safer and more cost effective to reuse than other gels. The popular choice of chemical to desorb gels that adsorb arsenic is sodium hydroxide, which is harmful to humans. To Syed’s surprise, sodium chloride – or table salt – was highly effective. Over the course of eight days, the group found 88 percent effectiveness.

Lastly, other gels require water filtration after separating it from the water. Syed’s gel does not require this extra process, which makes the gel all the more cost-effective.

Next, Syed’s group plans to test his gel in a river on his next visit to Bangladesh. His group is currently working on making a gel that can convert As(V), the form of arsenic they researched in this paper, to As(III), a form that is difficult to remove from water. His group think that iron can help oxidize As(III) into As(V), which adsorb it into the gel.

“If we are successful in converting As(III) into As(V),” Syed said, “it will be a remarkable achievement because no one can do that yet. If I can do that, my work will be completed.”