During the seminar, HU President Mitsuo Ochi, as well as CNU President Gong Huili, introduced each university. Then, scholars in Chinese classical literature, as well as in mathematics, explained about their research topics. After the plenary session, they divided into smaller groups by areas of specialty where they exchanged opinions one another about their future collaboration. 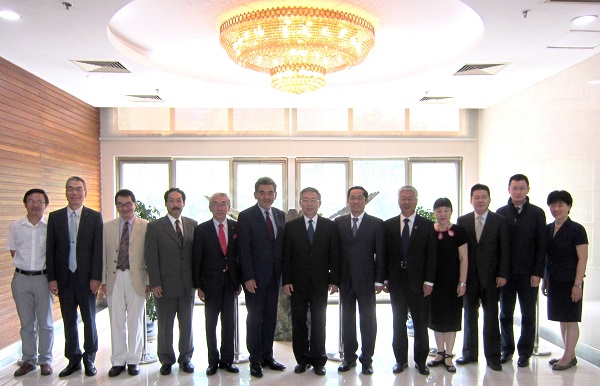 Commemorative photo of the seminar’s participants

HU and CNU signed an inter-university agreement in October 2002, and thus have deepened exchange by, for example, establishing the Hiroshima University Beijing Research Center on the campus of CNU.

It is hoped that exchange between both universities will be further promoted.