HU and University of Münster signed an inter-university exchange agreement in February 2017 through which the two universities have deepened academic exchange since then. In addition, Münster is the place where “The Peace of Westphalia” was signed to end the “Thirty Years' War”, and today it is known as an international city of peace just like the City of Hiroshima.

With this new center, we hope that exchange between the two universities and the two countries will flourish even further. 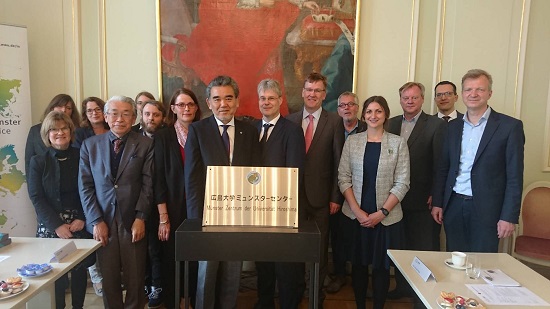