From August 4th to August 12th 2019, the INU Student Seminar and the INU Master’s Summer School, both of which provide forum for students to discuss various topics on “Global Citizenship and Peace” (GCP), were held on Hiroshima University. This year, 9 INU (International Network of Universities) member universities from 9 countries sent 70 students and 15 faculty members/staff for the Student Seminar and 8 students for the Master’s Summer School.

The participants visited the Hiroshima Peace Memorial Museum, listened to a testimony of Hibakusha (A-bomb survivor) and participated in the symposium titled “Global Citizen and Peace: Think for our Future with Compassion” with peace activists living in Hiroshima. The students had workshops and also prepared for the Mock United Nations General Assembly (UNGA) Role-play in each assigned group. The Role-play was held on the final day and the participants were divided into 10 groups as delegates of different countries. Participants were given the topic of “The Health of Democracy” and they engaged themselves in serious and heated discussion. 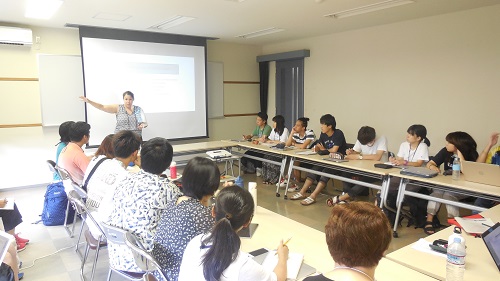 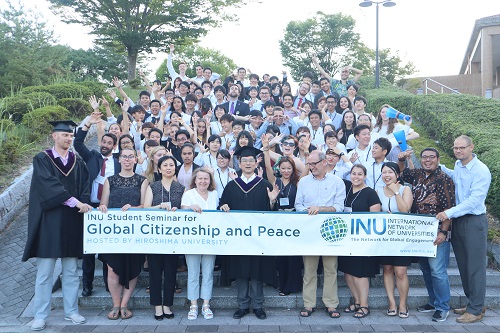