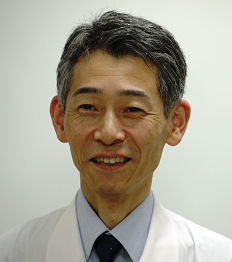 【Recent highlights】
Based on the studies in cerebral ischemia and reperfusion in rats, cerebral ischemia shares several pathological mechanisms with Alzheimer’s disease (AD) in terms of the modification of tau protein. We also reported that “granulovacuolar degeneration” appeared in the pyramidal neurons of AD and “rimmed vacuole” appeared in muscle cells of inclusion bodies myositis are both related to Wnt signaling molecules, suggesting that aberrant Wnt signaling might play a role in the pathogenesis of these disorders.
Post-hoc analyses on J-STARS study, we showed optimal LDL cholesterol level may be 80 to 100 mg/dL to reduce stroke. We have evaluated meteorological influence of stroke in the Hiroshima ‘‘Emergency and Weather’’ Study (HEWS). From our results, the frequencies of ischemic stroke increased when temperature varied either cooler or warmer 0.99°C or more from a previous day. Intracerebral hemorrhage frequencies decreased on hot days (23.8°C or more). For the factors influencing on the 3-month functional outcome of acute stroke patients, we found malnutrition (evaluated with CONUT score) and anemia were its prognostic factors. alpha-2-macroglobulin, which is a protease inhibitor and is involved in inflammatory reactions, increased in acute ischemic stroke patients and associated with age, grades of white matter lesions, and endothelial function.
Patients with ALS or stroke, tongue pressure less than 21kPa shows a high frequency of dysphagia and/or aspiration pneumonia. In addition, the multidisciplinary participatory swallowing team effectively decreased the pneumonia onset in acute stroke patients.

Profiles of Faculty and Research Scholars