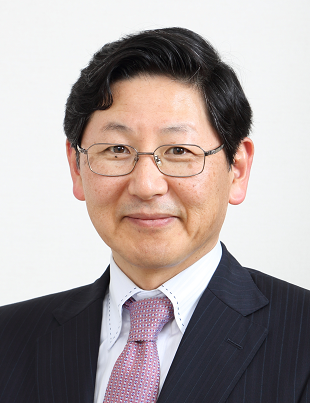 【Recent highlights】
（Respiratory Medicine）
・Prof. Hattori was appointed to a professorship in the Department of Molecular and Internal Medicine (Feb. 2017)
・Dr. Hattori won the Kumagaya Award for investigation of inhibitor of the fibrinolytic system and its role in the pathogenesis of intractable respiratory diseases (Apr. 2015).

Profiles of Faculty and Research Scholars

（Endocrinology and Diabetic Medicine）
Endocrine-metabolic disorders are caused by abnormality in hormones. Organs secreting hormones are located throughout the body and hormones affect an extensive variety of tissues. Endocrine-metabolic disorders include a wide range of conditions from common disorders that affect many people, such as diabetes and dyslipidemia, to rare diseases. Symptoms and signs appear throughout the body and therefore many clinical departments need to be involved. Acquiring adequate knowledge of this subject as a clinician is needed.

We aim to let students deepen understanding of a wide variety of endocrine-metabolic disorders and acquire basic knowledge necessary for a clinician.

【Research】
（Respiratory Medicine） ※Find more information for contents
１．Plasminogen activator inhibitor (PAI)-1
We have demonstrated that PAI-1, an inhibitor of fibrinolytic system, is involved in the pathogenesis of various respiratory diseases such as interstitial pneumonia, bronchial asthma and lung cancer, and can be the promising therapeutic target.

２．Krebs von den Lungen (KL)-6
We have established the measurement assay of KL-6, the world's first serum biomarker for interstitial pneumonia, and have conducted extensive research from its molecular basis to clinical practice.

３．Other clinical research
We are actively participating in group research conducted by Ministry of Health, Labor and Welfare. We have also conducted various clinical studies of obstructive pulmonary diseases and diffuse lung diseases using airway resistance tests and induced sputum tests, and we also have been conducting longitudinal cohort study of COPD.Additionally, we have participated in lung cancer clinical trials conducted in JCOG and WJOG.

（Endocrinology and Diabetic Medicine） ※Find more information for contents
１．Medical Survey of Japanese-Americans: “The Hawaii-Los Angeles-Hiroshima study”
Since 1970, we have been conducting an epidemiological study titled “the Hawaii-Los Angeles-Hiroshima study,” which involves two populations of Japanese people without any differences in genetic predisposition but who live under different environmental factors: the group of Japanese-Americans having acquired an American lifestyle and the group of native Japanese living in Hiroshima following the Japanese lifestyle. By comparing the medical survey data between these two groups, we previously reported the influence of lifestyle westernization on the features of illness among Japanese people.

２．Adrenal tumor
Our research for adrenal tumor is to elucidate etiology and pathology of primary aldosteronism and Cushing syndrome by clarifying mechanisms of aldosterone and cortisol production. Furthermore, we are trying to innovate new drugs that can regulate the production of adrenal hormones and feedback them to clinical cases.

３．Brown fat and systemic metabolism
We investigate a developmental mechanism of brown adipocytes using in virtro and iv vivo models. Clinically, we study the metabolic function of human brown adipose tissues especially in pheochromocytoma or hyperthyroidism patients. We are planning to apply brown adipocytes for the treatment of metabolic diseases such as obesity and diabetes. 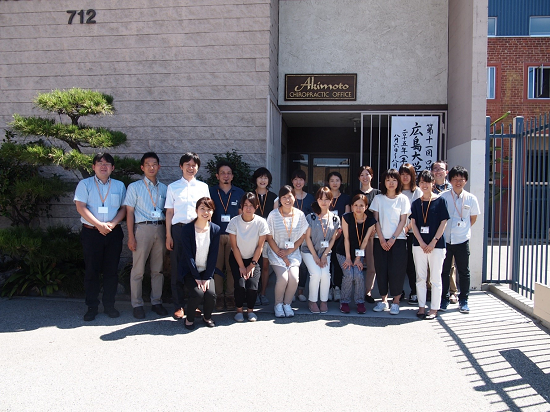 【Photo explanation】 Medical stuffs of the “Medical Survey of Japanese-Americans in Hawaii, Los Angeles and Hiroshima” in front of the Hiroshima Kenjinkaikan, at Los Angeles.