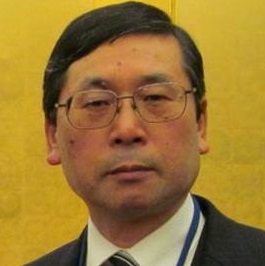 Eiichiro Suzuki started his research career in the Central Research Laboratories at Ajinomoto Co., Inc. in 1977. In 1990, he was appointed as Chief Scientist (section manager), and thereafter, as Senior Scientist (general manager, 1994), and as Special Senior Scientist (specially-treated general manager, 2001). At the time of his retirement as a worker in 2005, he was appointed as Corporate Fellow (director), and consequently as the Executive Fellow (executive director) of the company in 2011. Currently, he is Executive Vice President at the Kihara Memorial Yokohama Foundation for the Advancement of Life Sciences (public interest incorporated foundation).
In addition, he received his Ph.D. from Tokyo Univ. (1982), and served as Postdoc, Pharmaceutical Chemistry, UCSF (1984-1987).

In the HIRAKU program, acting as a visiting professor and one of the mentors for the HIRAKU Consortium Researchers (tenure-track), he has been giving advice on their attitude as researchers as well as proactive development of research activities, while conducting annual, interim, and final evaluations.