Department of Mathematical and Life Sciences

Science, as the foundation of modern technologies, has been contributing to the prosperity of mankind.
One of the most important themes in scientific enterprises of our generation is to deepen our understanding of, and investigations in biological sciences.
In our Graduate School of Science, there had been two active groups of research areas, "Applied Mathematics & Computations" and "Molecular & Life Science", both sharing the common goal to understand complex phenomena in nature and steadily obtaining various accomplishments in respective ways. Based upon these two flows of research activities, we have established "Department of Mathematical and Life Sciences", which is the first of its kind in Japan, with the aim of merging and integrating methodologies from the two fields, mathematical and experimental.
For example, in order to understand differentiation of organisms, in which tens of thousands of genes are involved, it is required: to systematically analyze realization mechanisms of genetic information; to formulate mathematical models for those mechanisms: and to gain comprehensive understandings by integrating large-scale numerical simulations and theoretical investigations.
A novel feature of our Department is to provide a new paradigm by creating a branch of sciences in which mathematical and experimental approaches are integrated in supplementary fashions to uncover the essence of biological phenomena.
Not only contributing to major developments in biological sciences, the Department will devote to raise capable people who can systematically perform experimental analyses in dealing with biological phenomena and who can discover mathematical structures and fundamental laws governing various phenomena in nature to cope with highly sophisticated scientific problems; thus benefiting to the needs of our society. 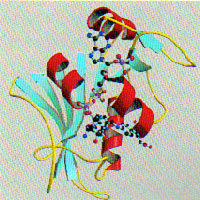