The facility of Marine Biological Laboratory (MBL) has a long history, having been established as an attached facility to the former Hiroshima University of Literature and Science at Mukaishima Nishi-village, Mitsugi-county, Hiroshima-prefecture (now Mukaishima-town, Onomichi-city, Hiroshima-prefecture) in June 1933. In the beginning, the members were an associate professor, an assistant professor, and two staff. There were two wooden buildings: the main building and the dormitory constructed on an area of 595 m2 and 413 m2, respectively (see photo below). 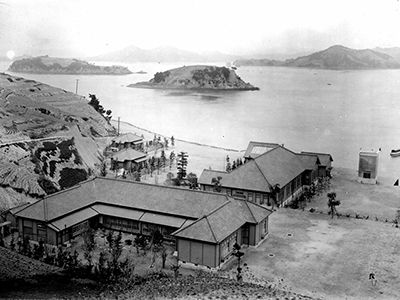 MBL was attached to the Graduate School of Science by a policy with overriding priority for the graduate school in 2000, and subsequently became attached to the Graduate School of Integrated Sciences for Life due to the reorganization of the graduate school in April 2019. MBL currently has three faculty staffs and one office worker.

MBL has been authorized as a Joint Usage / Education Center by the Ministry of Education, Culture, Sports, Science and Technology (MEXT) from September 2018 (the project title is "Shimanami Kaido Broad Area Marine Biological Education Joint Usage International Center for Studying Biodiversity, Evolution, and Development"). We are conducting a wide range of educational and research activities, such as promoting the facility use by other universities and providing international summer schools.

Our lab is located on Mukaishima island in Onomichi-city, the easternmost island in Geiyo Islands (in other words, the nearest island to Honshu (Japan's main island) among the islands along the Shimanami Kaido, which connecting Honshu and Shikoku), about 60km east of the main campus in Higashi-Hiroshima-city. It is one of the most accessible MBLs in Japan because of the airport, Shinkansen (bullet train) station, and highway interchange nearby. The east coast of Mukaishima, where the MBL is located, is a quiet and beautiful natural area.

Japan is a maritime nation surrounded by the sea. The coastline is the third-longest in the world, and there are both warm and cold currents flowing nearby. Since there are also deep-sea areas, such as the Japan trench, we can see amazing biodiversity in this country. Focusing on this rich natural environment, pioneers emphasized the education and research in basic marine biology and established the first Marine Biological laboratory in Japan as an attached facility of Imperial University (now the University of Tokyo) at Misaki-town, Kanagawa-prefecture (now Misaki-town, Miura-city) in 1886.

Subsequently, various universities in Japan, such as the Kyoto Imperial University (now Kyoto University) and Tohoku Imperial University (now Tohoku University), established MBL from the Taisho period (around 1912) to the early Syowa period (around 1945). In this context, the MBL of our university (Mukaishima MBL) was established at the same time as that of the former Tokyo University of Literature and Science (now Tsukuba University). Currently, the national universities in Japan have 21 marine and inland water (lake) stations or centers. Click here for more information! (in Japanese) 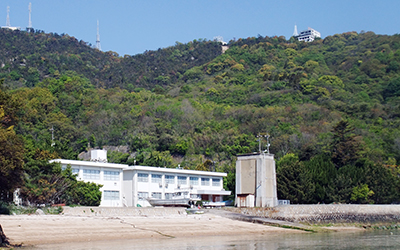 We are accepting the undergraduate students of the Department of Biological Science, School of Science, for bachelor thesis and the graduate students of the Graduate School of Integrated Sciences for Life, or master and doctor thesis and provides them with education and research supervision, as a Marine Biological Laboratory, Diversity Biology Course, Program of Basic Biology, Graduate School of Integrated Sciences for Life, Hiroshima University.

We also respond to the request from students and teachers in elementary schools, junior high schools, high schools, and various organizations to conduct marine courses here. If you would like to use MBL, please contact us at the bottom of this page. 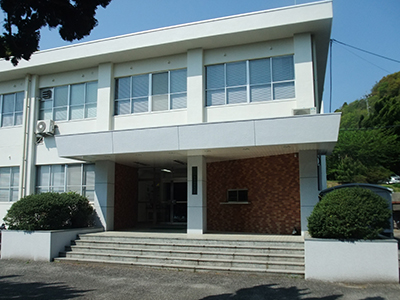