In the beginning it was composed of two departments: Fisheries and Animal Husbandry. In 1966 the Department of Food Chemistry and Technology was added. Later, global issues such as food and environment have gained much social attention and diverse social demands have arisen. In order to adapt to the dynamics of societal change, the Faculty launched another reorganization of the system which resulted to relevant reformations.

In 2002, the Faculty was reorganized to exist side by side with the Graduate School of Biosphere Science and was composed of five academic courses. 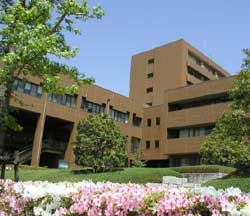