題目：「THE BISHOP'S "FINE TACT": The Ambiguity, Ambivalence, and Relationality of Catholic Peacebuilding from Hiroshima and Nagasaki to Flores, Indonesia during the Asia-Pacific War」

In the ongoing debate about the role of religion in peacebuilding, particular attention has been paid to religion's attitude toward violence as a locus of its peacebuilding potential. In this lecture, Prof. Miyazaki turns to the case of the Catholic Church's ambiguous and ambivalent relationship to Japan's war in the Asia-Pacific region. The focus of his analysis is an exceptionally well-documented case of four Japanese Catholic priests on a Japanese Imperial Navy-sponsored 'religious propaganda' mission to Flores, Indonesia during the Japanese occupation. The four priests, including two leaders of the Catholic Church in Japan at the time – Bishop Yamaguchi Aijiro of Nagasaki and Apostolic Administrator Ogihara Akira of Hiroshima – worked closely with European missionaries left on the island to protect the church's interests against Japanese military aggression. This unusual case of war-time cooperation between civilians from enemy nations in the context of the otherwise brutal war in Asia offers a rare glimpse into Japanese Catholic Church leaders' engagement with Japan's war efforts. Prof. Miyazaki develops tact as a self-consciously limited and yet distinctively relational mode of peacebuilding that capitalizes on layers of ambiguity and ambivalence. 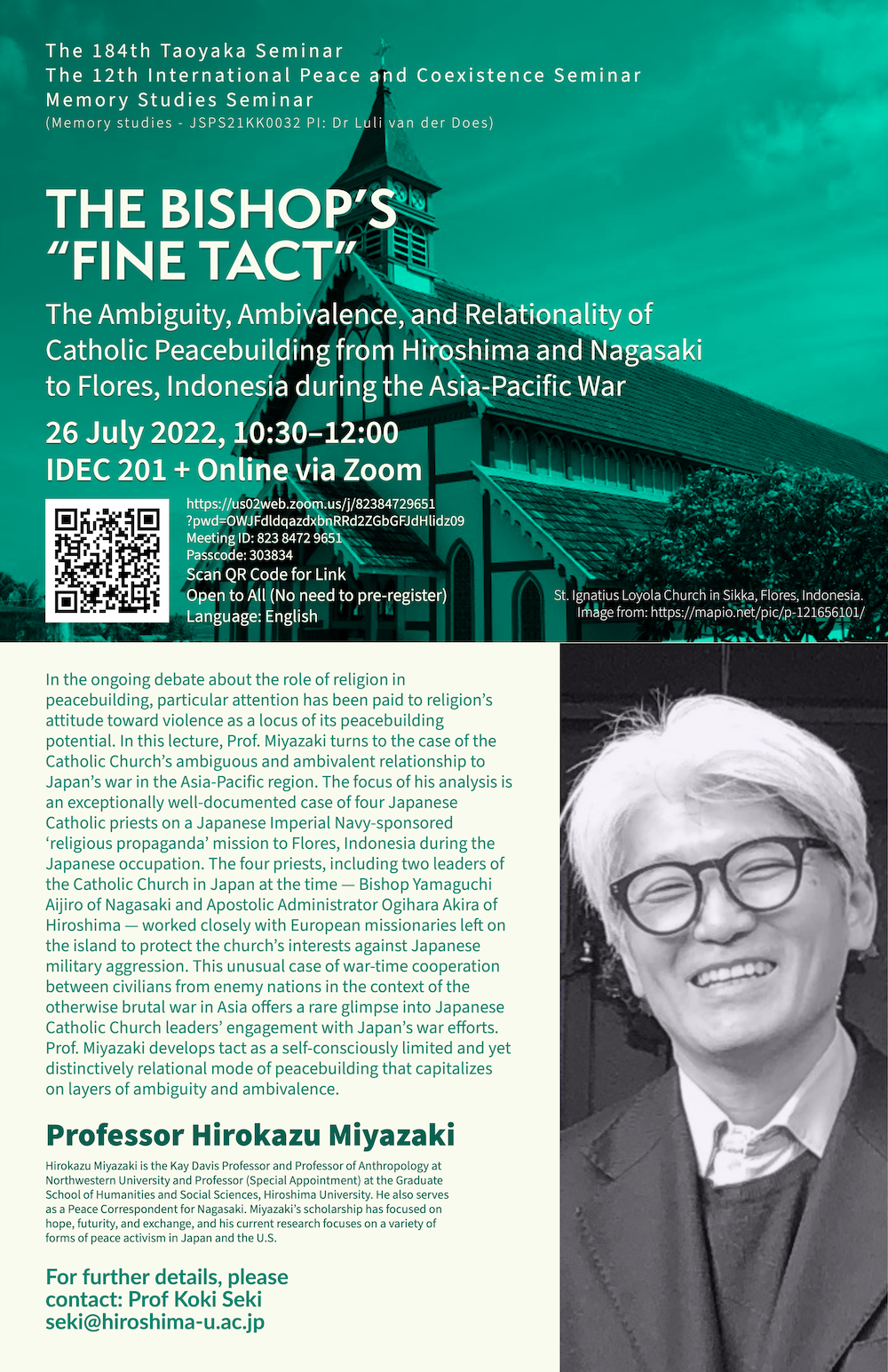