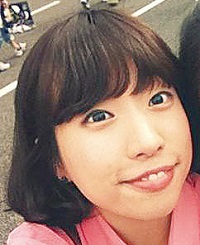 Born in Daegu, Korea. Belongs to Kyungpook National University. Began to study at Hiroshima University in September 2010, on the HUSA program. Likes TV sitcoms (situation comedies) and has a dream of becoming a TV producer. Wants to accumulate various experiences to create a sitcom depicting emotions in life, and to move as many people as possible.
*HUSA…Hiroshima University's short-term student exchange program

Hello, everyone. I'm Kim Jihyun from Daegu, Korea. Daegu, the country's third largest city, has a sister city relationship with Hiroshima City. Located in an inland basin in the southern part of Korea, Daegu is known as the hottest city in the country. In summer, various events are held in the city. This August, the 2011 IAAF World Championships in Athletics will take place there. Daegu is also well-known for its tasty spicy dishes. If you like something spicy, you must visit the city. Kyungpook National University, where I used to study, is situated in Daegu. The university has a student exchange program with Hiroshima University. If you are interested in Korea, don't miss an opportunity to study at Kyungpook National University!

Encounter with Japanese Friends Encouraged Me to Study in Japan

I lived in New Zealand for six months to study English. An encounter with Japanese friends at that time stimulated my interest in Japanese and Japanese culture. Believing that I needed to make some changes in my life, I began to think about studying in Japan. After looking for a student exchange program appropriate for me, I decided to study at Hiroshima University through HUSA. The reasons why I selected Japan were that I had traveled to Japan several times before and I wanted to live in Japan someday, as well as the fact that the country is geographically close to Korea. 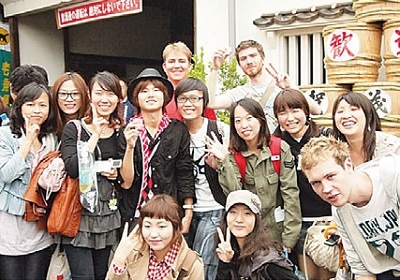 With HUSA students and Japanese friends, when I participated in a tour of sake breweries at the Sake Matsuri last October! 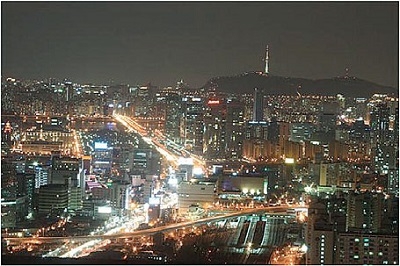 Night view of Seoul. In Korea, many shops are open until late, and people drop by such places after work till late at night.

Gradual Changes in My Impression of Japan

I began to study at Hiroshima University last September. Since I had no friends at first in this unfamiliar land, I didn't actually have a very good impression of Japan. I couldn't speak Japanese so well and I was shy, making it difficult to get along with new friends. I thought that it was essential to develop my Japanese proficiency. However, as I participated in various events, such as a welcome party by HUSA and a birthday party for a friend, I was able to form closer relationships with friends, gradually relieving my anxiety. I think that I'm very lucky to have met so many good friends. Now, I'm truly enjoying studying and playing, which has transformed my personality into an active one. When I have difficulty, Japanese people help me. One day, when I was preparing a document in a hurry at a café, I came across a kanji character whose meaning I could not understand even after looking it up in a dictionary. Then, a staff member at the café taught me the meaning, enabling me to submit the document by the due time. I was very moved by how nice Japanese people were.

If you are in two minds as to whether you should study abroad or not, I would like to recommend that you find the courage to study abroad. You will probably feel lonely and face some difficulties at first. However, if you can overcome them, as I did, many precious experiences await you. Studying overseas will definitely bring to you not only academic significance but also many other merits. I hope that all of you will use Hiroshima University's student exchange program and accumulate a wide variety of experiences! 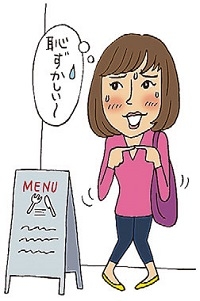 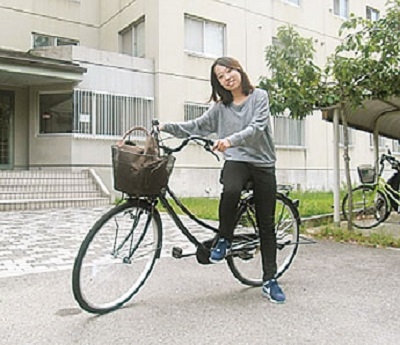 In Korea, people seldom ride bicycles. Riding a bicycle was a new experience to me.