A large number of highly-advanced and large-sized apparatuses, specialized for studies on fundamental and state-of-art scientific researches, have been settled at national facilities in Japan . Since their maintenances and handlings are difficult for a laboratory, the apparatus are operated by technician with special skills and integrated into a Joint-use facility. Note that the apparatus are opened for all the domestic researcher, who belong to universities, public institutes, and private companies. In particular, the facilities in Hiroshima University have a high reputation. The Natural Science Center for Basic Research and Development (N-BARD), which I belong, also integrates many highly-advanced instruments, specific for material scientific research, into Cryogenics and Instrumental Analysis Division. The number of users became three times greater than that in a decade ago, when the N-BARD was established. 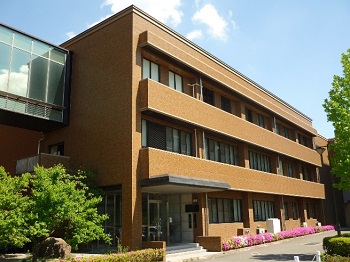 A strong point for the Joint-use facility, N-BARD, of Hiroshima University is the user friendly system. Thus, HU was selected for the Japanese government program* and became a model university for developing excellent joint-use facility. I believe that HU’s equipment management capabilities and technical support system contribute to its user-friendliness.

*Development Program for Research Equipment Support Center (FY2011-2013).  HU was selected as the first Japanese universities from the Ministry of Education, Culture, Sports, Science and Technology. 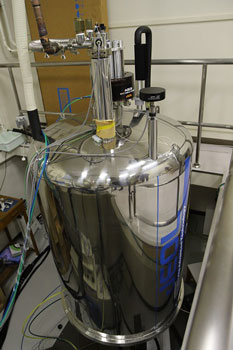 Superconducting nuclear magnetic resonance (NMR) spectrometer.
This is one of the instruments for joint use.

The university has put in place ample support systems for its members. For example, we can readily access a large number of online journals and academic databases. In addition, abundant services and networks are available for use by members of the university. To take just one example, while I’m attending an international academic conference in the U.S.A., I find it invaluable to be able to virtually access our campus intranet and immediately download and read articles published by the speakers. Our Ph. D students have also appreciate this good service.

The university also provides a wealth of information for students, staff and faculty members alike. The other day, I took part in a workshop organized by HU. An senior editor from Nature, one of the world’s most prestigious academic journals, gave a two-day lecture providing tips and insights about writing articles in Nature, from which I learned a great deal.

Speaking of sharing information, HU has a full range of mailing lists (MLs) that span the boundaries between individual faculties and graduate schools. In fact, the chemistry ML of which I’m a member enables us to link researchers in the fields of science, engineering, and medical, dental, and pharmaceutical sciences, so I think that it’s a great initiative. 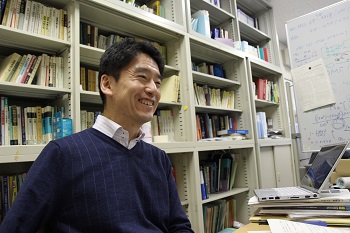 Professor Saitow’s research has been concerned with energy from the perspective of chemistry. He focuses on materials science with a view to creating a sustainable society by turning negative phenomena into positive functions, and items that are no longer required into useful substances. In particular, he hopes to establish as-yet-unknown scientific principles that will lead to destructive innovation, which can utterly transform existing values. His research topics include quantum dots, hydrogen generation, oriented polymer film, field enhancement, next-generation devices (quantum dot LEDs and solar cells prepared by solution processes), and photocatalysts. He is simultaneously undertaking research on all these themes.