H.E. Mr. Alojz Kovšca, President of the National Council of the Republic of Slovenia, Visits HU

On November 10th 2022, H.E. Mr. Alojz Kovšca, President of the National Council of the Republic of Slovenia and his colleagues, who visited Japan at the official invitation of the Japanese House of Councilors, payed a courtesy call to the Kasumi Campus of Hiroshima University (HU) and engaged in discussion with HU President Mitsuo Ochi. The meeting was also attended by Executive Vice President in charge of Global Initiatives, Shinji Kaneko.
During the meeting, views were exchanged on the possibility of exchange and partnerships between HU and Slovenia.
After the meeting, the participants attended the event held at the Library Hall in the Central Library on the Higashi-Hiroshima Campus entitled “Her Adventurous Spirit: Transcending Boundaries with Alma M. Karlin”.

This year marks 30 years since the establishment of diplomatic ties between Japan and Slovenia. Going forward, we hope that through this visit, collaboration with universities and research institutions in Slovenia will be furthered. 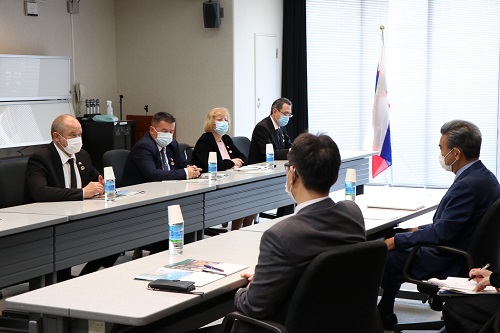 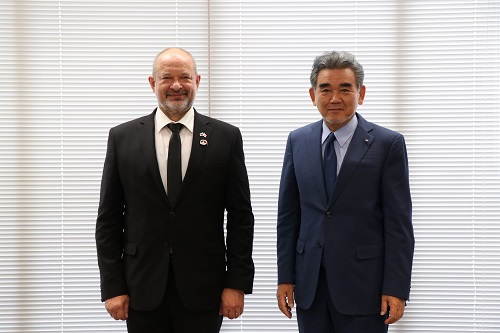