Chinese poetry depicted once upon a time in Tokyo

A century ago, a Chinese student published a series of Chinese classical poems Dongjing Zashishi in Japan. The poems captured nostalgic daily life in Tokyo on the road to modernization. While it has been said that the origin of Dongjing Zashishi can be traced back to popular songs in ancient China, Professor Ogawa’s research reveals the multi-layered cultural influences of China and Japan in the poems. 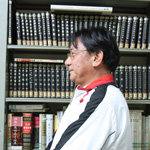 The author of “Dongjing Zashishi,” Yu Mantuo, is the older brother of the famous modern Chinese novelist Yu Dafu, and he studied in Japan approximately 100 years ago. He came to Japan in 1905 and lived there as a student for almost six years. During this time, he wrote classical Chinese language poems about Tokyo at the end of the Meiji era (1868-1912), a time of modernization, which was published in a Japanese magazine. Later, 73 of these songs were compiled as Dongjing Zashishi, and they still exist today. Although Dongjing Zashishi was a collection of poetry written in the Chinese language, it could easily be published and understood in Japan due to the cultural background where by many Japanese people could understand Chinese with the use of a Chinese literary translation method called kunyomi. In Dongjing Zashishi, the image of Tokyo’s rapid modernization and the vanishing of much loved old Edo ( the name for Tokyo prior to the Meiji era) are vividly described from the perspective of people living there. A notable aspect is that one third of the poems pay tribute to the lives of women living in Tokyo at the time. 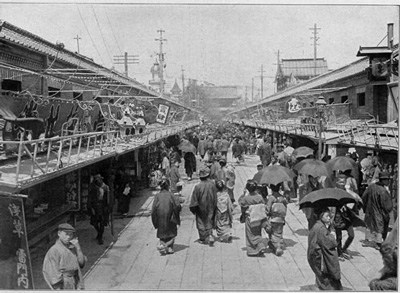 Its historical root can be traced back to “Zhuzhici” which is a type of folk song that were popular in the Yangtze River area in China from the ancient Six Dynasties (222 - 589) to the Tang Dynasty (618 - 907). In the year 822, the poet, Liu Yuxi, added lyrics to the melody of Zhuzhici. Since then many Chinese poets followed his manner and depicted local customs and habits using the Zhuzhici format. In the early days of the Qing dynasty (1616 - 1912), the scope of Chinese poets expanded overseas. This includes 200 songs known as “Riben Zashishi,” which were composed on the subject of Japan by Huang Zunxian, who came to Japan as a diplomat in 1877. As made clear by the title, Yu Mantuo’s Dongjing Zashishi attempted to take on the mantle of Riben Zashishi. 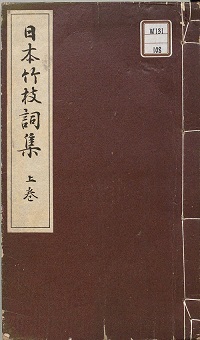 Independently of this development of the Zhuzhici style by Chinese poets as above, some Japanese poets in the Edo-period (1603 - 1868) began a movement for a realistic style of Chinese poetry. By mimicking the Chinese Zhuzhici approach, these Japanese poets attempted to incorporate their personal feelings in their poetry involving the depiction of subtle but deep affection between men and women in red-light districts. In the Meiji era, however, Japanese poets no longer pursued such an innovative poetry movement and instead used Zhuzhici only for poetry dealing with manners, customs, and the relaying of local news within the various areas of Japan. Thus the frequent depiction of women in Yu Mantuo’s Dongjing Zashishi can be seen as a continuation of the tradition of Chinese poetry developed during Edo-period Japan. 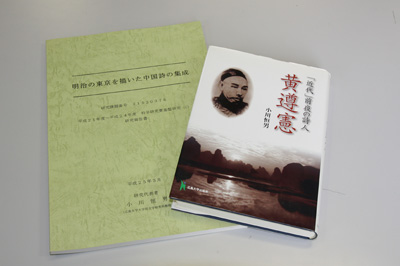