In 1950 (Showa 25), a year after the establishment of the new Hiroshima University, Dr. Tatsuo Morito, the first President of Hiroshima University, proposed goals for reconstructing and rebuilding the university from the ruins of war. One of these goals was to implement peace-oriented and international greening initiatives. To this end, in the beginning of 1951 (Showa 26), former President Morito sent letters, given as below, to overseas universities to ask for their cooperation in greening the Hiroshima University.

“I would like to ask for your co-operation in the ‘verdurizing’ of our university. I was surprised when I came to Hiroshima for the first time after the war to see the half-built university-buildings standing on the bare, desolate ground destitute of a single tree with green leaves, just as the other parts of the city were. So I have worked out a plan to ‘verdurize’ the university campus, and turn it from a burnt, red-rusty hue to a fresh green color. Not red, symbolizing struggle and blood-shed, but green which is the color of growth and hope, I believe, should be the color of our university. I would like to ask for your help in this program, too. When it is realized, thousands of students studying within this campus – there are 4,500 students in our university - will observe that the tree under whose shade they are taking their rest was sent through the goodwill of “A” university, the avenue along which they are walking was planted through the gifts from “B” and “C universities, and that the hedge covered with pretty flowers is a symbol of “D” university’s friendship, and new inspiration for international fellowship may result. Wont’s this be more powerful than thousands of words or a series of speeches to cultivate a peace-loving spirit in the minds of the students?” 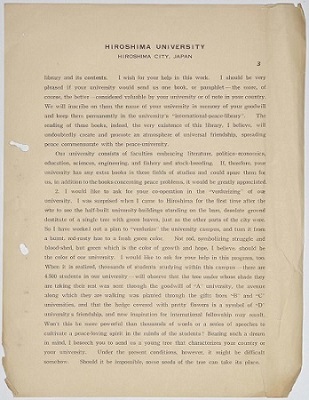 Details of the donations:
*The numbers in parentheses indicate the numbers of universities/institutions

Donated from universities/institutions in the United States of America (18), England (4), Swiss, Italy, India (2 each), West Germany, France, Thailand (1 each)

Laboratory of Plant Biology  took the lead on planting of the donated seedless, handling the seeds, and selecting trees to purchase from the donations. Some varieties of the seedlings from overseas did not grow well because of the differences in climate, but considerable numbers of the seedlings survived and carefully brought up on campus. Some trees, then seedlings, that were transplanted from Higashi-Senda campus to Higashi-Hiroshima campus upon the relocation of School of Science in 1992, are now watching over peace. 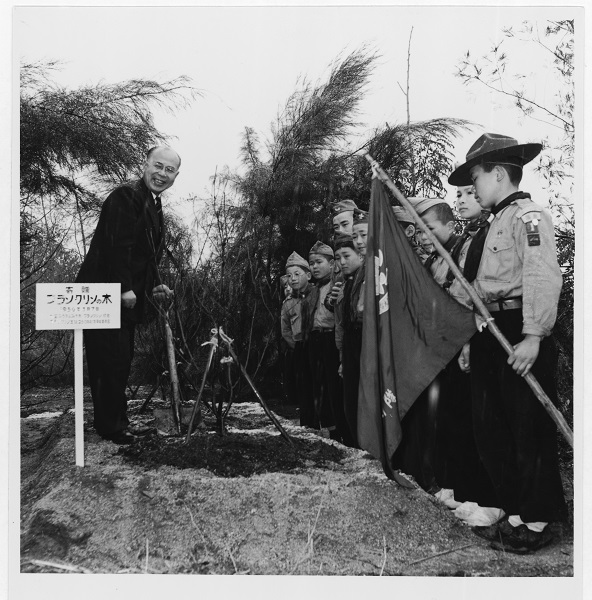 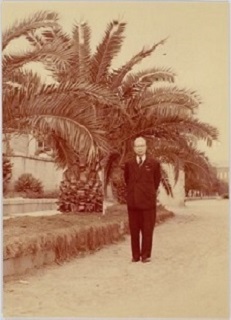 The first President Morito in front of a Phoenix Tree

Trees and Plants that have been passed down to

The seedlings and seeds donated from around the world in response to the first President Morito’s request, have been taken care of by Hiroshima University staff, faculty, and students, and passed down along with the university’s spirit for pursuing of peace.

The followings are the trees that have been transplanted on the premises of the Office of Plants Management, School of Science, in Higashi-Hiroshima campus.

Sequoia sempervirens (Taxodiaceae family or Cupressaceae family, Donated from the University of California) 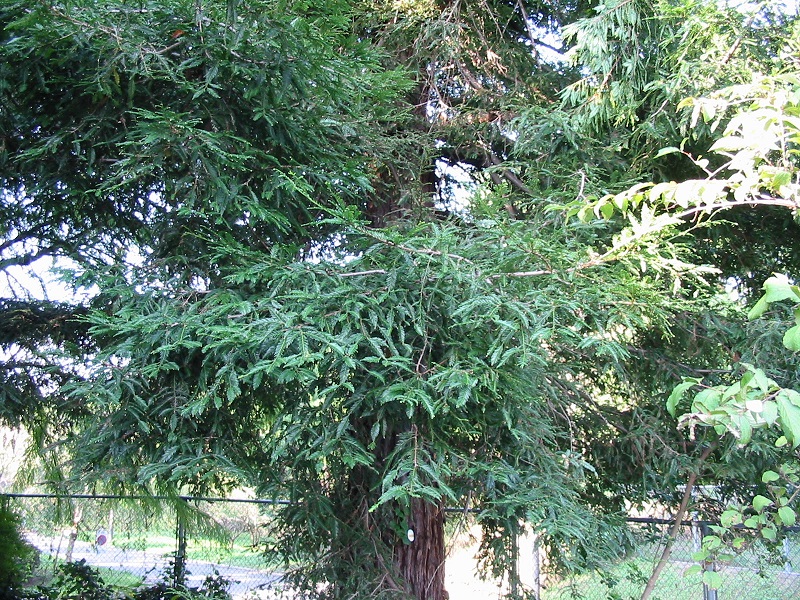 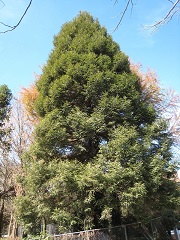 Among the three seedlings donated from University of California, one seedling grows in Higashi-Hiroshima campus. 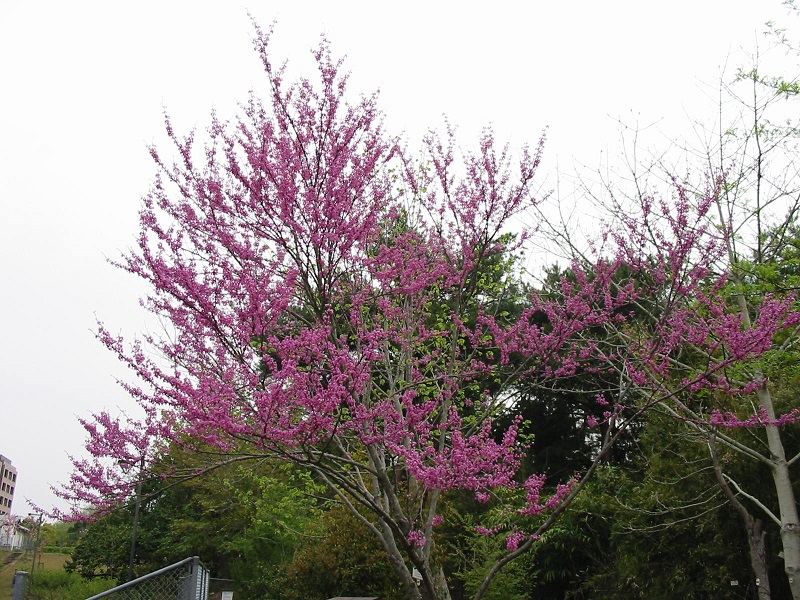 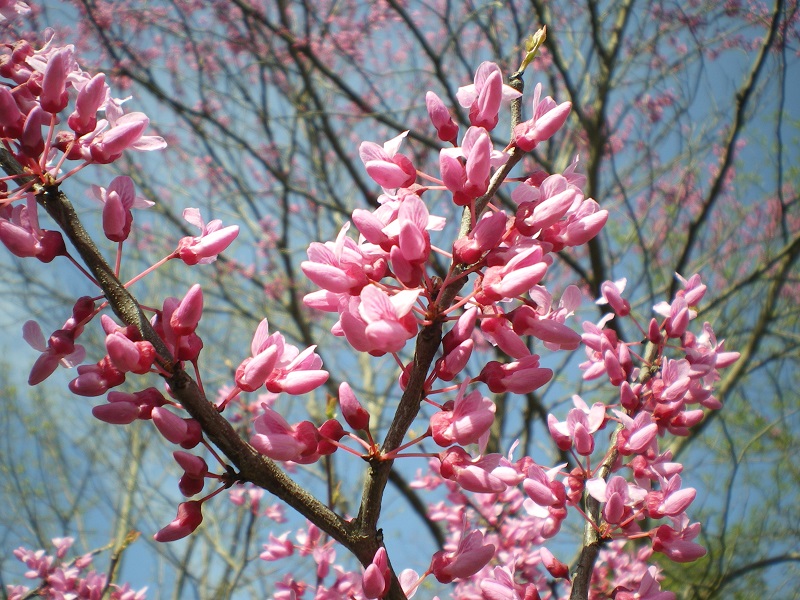 Cercis canadensis is a deciduous tree, occurring across the Central and Eastern United States of America. It has eye-catching heart shaped leaves of about 10cm wide. During its flowering season in April and May, it blooms pink butterfly-like flowers of about 1 cm. After its flowering season, it has many flat pea-like pods, which turn to brown when ripe, hanging down from the branches.

Today, the seeds donated from the Southern Illinois University have become mature trees. 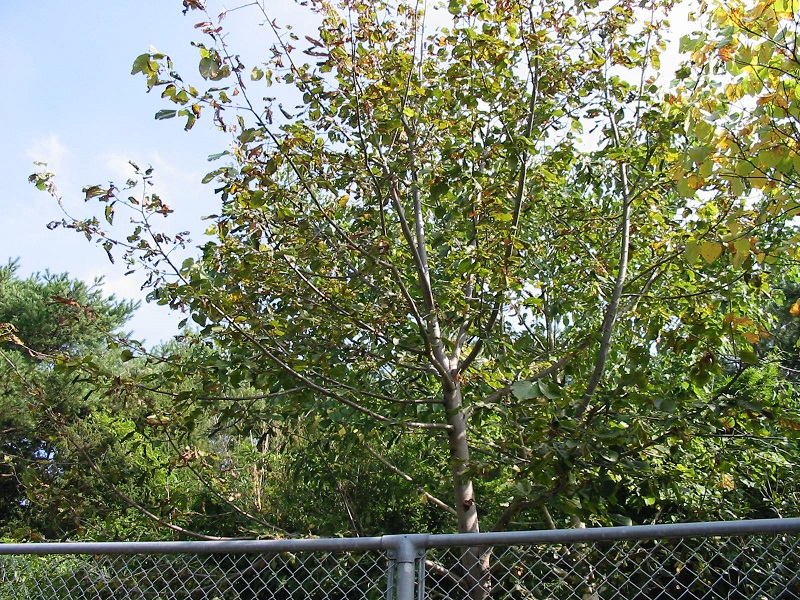 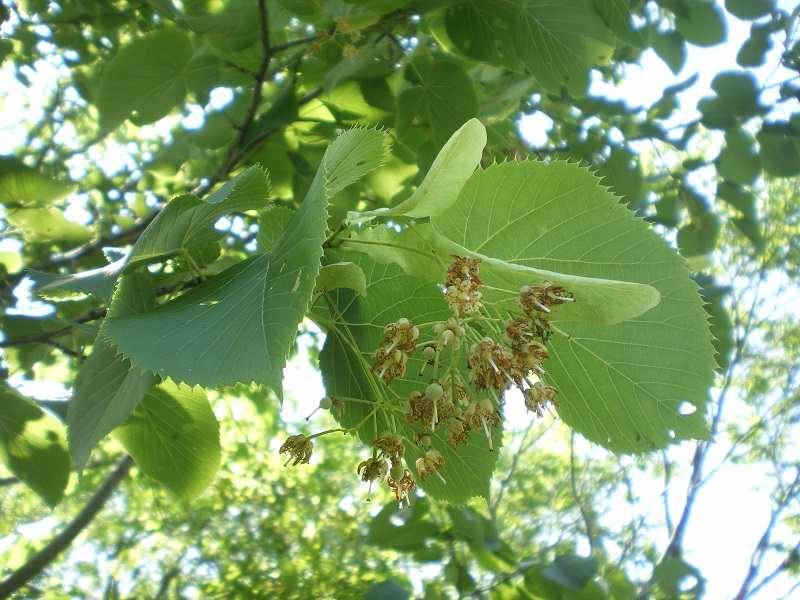 Tilia maximowicziana is a deciduous tree, reaching 6 to 8 meters tall, sometimes taller ones can reach up to 25 meters. In its flowering season in June and July, Tilia maximowicziana has cluster flowers at the end of a long stem arising from the base of the leaves. 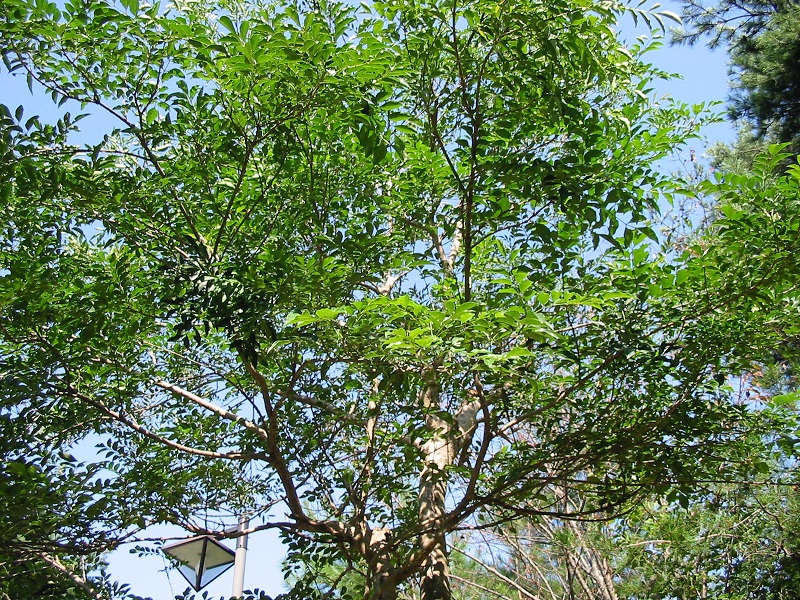 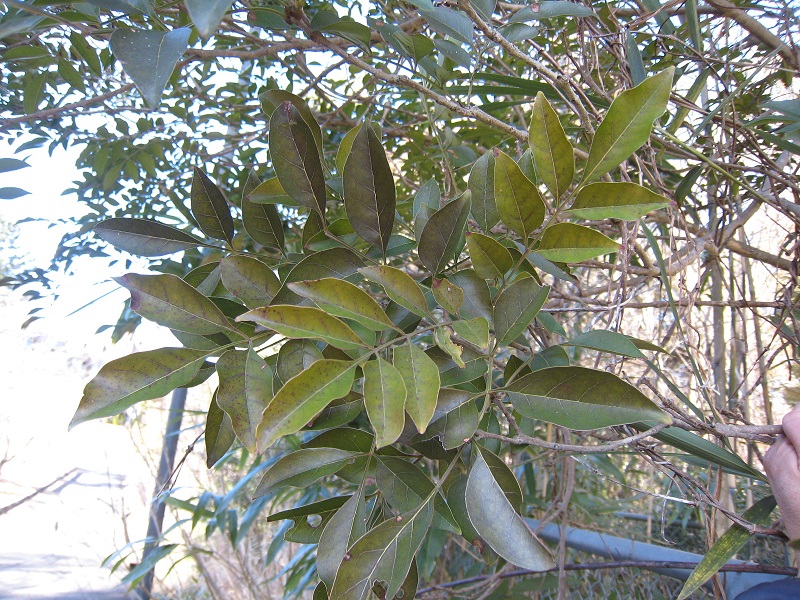 Fraxinus Americana, known as White Ash, is a deciduous broad-leaved tree occurring naturally across the Central and the Southern United States of America. The wood of Fraxinus Americana trees is white, while its heartwood is pale grayish brown, and is quite solid, heavy, durable and easy to work with. Therefore, it is often used for making instruments, furniture, and building materials.