Installing a Telescope on the Submit of a Mountain at the Altitude of 5,100m in Tibet, China -HinOTORI Project finally taking off-

As of 2013 (H25), Hiroshima Astrophysical Science Center, Hiroshima University in collaboration with National Astronomical Observatories of the Chinese Academy of Sciences (Beijing) and Purple Mountain Observatory (Nanjing), has been advancing a HinOTORI (Hiroshima uNiversity Operated Tibet Optical Robotic Imager) project, which aims to construct and install 0.5-m telescope on an appropriate spot in the premise of National Observatory of the Ali Observatory (Tibet Autonomous Region, the Altitude 5,100 meters).

Construction of the Dome was carried out from the end of September to the beginning of October, 2017. Following that, the installation work of the telescope body was completed on 6th October, and its test drive went well. Following some checking on the overall system, we expect to start observations from next autumn. The observatory is going to serve as an important observatory base in the Central Asia regions for observing gravitational wave stars, neutrino emitting starts, supernovae and so on through a multi-messenger observatory network.

As the observatory is installed at high altitude, no researcher will be permanently based there. Instead, the observatory will be remotely controlled for observations from the research center at Hiroshima University.

This project has been set up for the purpose of conducting follow-up observations of stars and is mainly financed by "New development in astrophysics through multi-messenger observations of gravitational wave sources (Grant-in-Aid for Scientific Research on Innovative Areas)" and “Optical, Infrared, and Radio Search for Electromagnetic Counterparts of Gravitational Wave Transients (in the academic year of 2012-2016).” 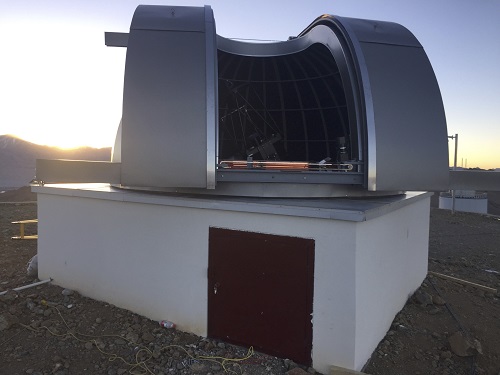 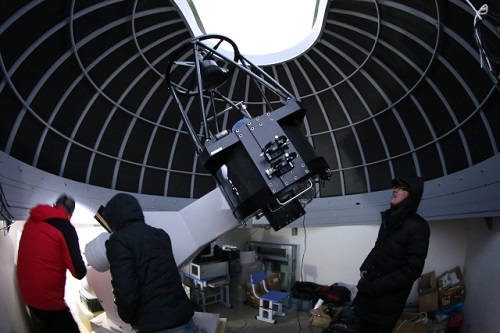