The 12th Japanese Essay Speech Contest was held in Beijing

This contest held by the Beijing Research Center was the 12th so far. This year’s theme was “After 45 years of restoration of diplomatic ties between Japan and China: The Japan-China relations I hope for/ Thinking about the future of Japan-China relations”. After recruiting essays throughout universities all around China, there were applications from 500 students from 28 schools. Universities recommended over 100 essays out of those applications.

From these applicants, ten students who passed the first round went on to the second round to have oral selections. Five students were selected after internet voting selection, and they performed their speech at the Capital Normal University’s lecture hall. At the venue, there were about 120 people in the audience including students learning Japanese and Japanese teachers.

Dr. Toshiyuki Sato, Executive and Vice President, and Mr. Masao Yokoi, Councilor of the Embassy of Japan in China, gave a welcome speech before the contest. Additionally, we had greetings from President and Representative Director Shigehiro Komaru of Fukuyama Transporting Co.; the special sponsor.

At the end of the contest, Ms. Wang Xiao Yan of the China Radio International gave a review as an announcer. The audience intently listened until the very end. 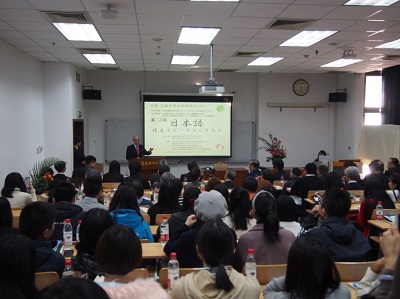 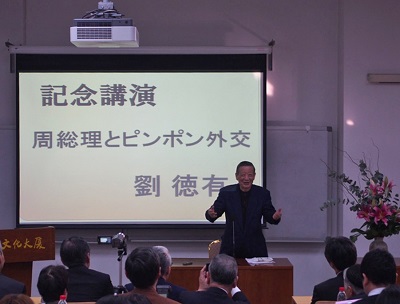 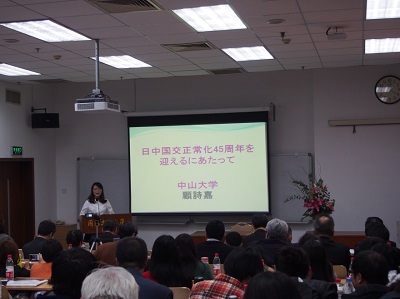 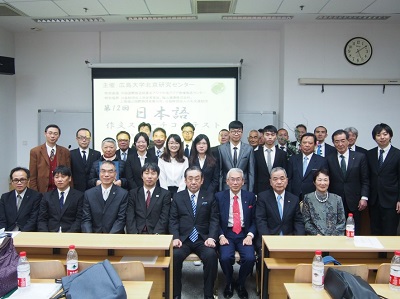 A group photograph with the prize winners