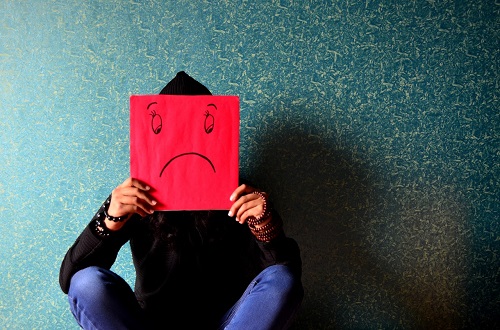 Thirty percent of patients on typical antidepressants do not experience an effect, and researchers are getting closer to understanding why. (Photo: Pixabay)

Depression is a mental disorder that affects over 300 million people around the world. While treatments exist, many of them are based on one hypothesis of how depression arises. Patients that do not fit this mold may not be getting benefits. A study led by Hiroshima University (HU), which was published online this May in Neuroscience, shed light on how one protein called RGS8 plays a role in depression behaviors.

Scientists think depression occurs because of the monoamine hypothesis, so named for the type of two chemicals that depressed people lack: serotonin and norepinephrine (NE). Ninety percent of antidepressant drugs are made based on this idea. They aim to recalibrate these two monoamines. For some of these patients, however, it may not be enough.

“Thirty percent of people on these drugs do not experience an effect,” Yumiko Saito and Yuki Kobayashi said. Both are neuroscientists in HU’s Graduate School of Integrated Arts and Sciences. “Obviously, we need a new drug! We need another explanation for what could cause depression.”

This study builds upon previous work in which her team found that RGS8 controls a hormone receptor called MCHR1. Parts of the brain involved with movement and mood regulation show signs of RGS8 expression. MCHR1, when active, helps regulate sleep, feeding, and mood responses. The researchers found that RGS8 inactivates MCHR1 in cultured cells.

Thus, the idea is that less RGS8 means increased depressed behavior. However, this effect had never been examined in a living being. Here Saito’s group studied depression in mice in two scopes: at the behavioral level, and at the immunohistological level.

First, the mice did a swim test, which is a common behavioral analysis method to assess depressive behaviors in animals. Researchers measure the time each mouse was active, then subtract it from the total test time, leaving researchers with an immobility time period.

“These mice showed a new type of depression,” Saito remarked. “Monoamines appeared to not be involved in this depressive behavior. Instead, MCHR1 was.”

With that conclusion, the team looked at the mice’s brains under the microscope to determine the relationship between MCHR1 and RGS8. More specifically, they examined the size of cilia sprouting from cells in a region of the hippocampus called the CA1, where RGS8 concentration was highest. Cilia are TV antennae-like organelles involved in cellular communication.

The team found that RGS8 mice not only had less depressed behavior than those without extra RGS8, but they also had longer cilia. That is, mice that took the drug that stopped MCHR1 from working had longer cilia.

In the past ten years, scientists have been seeing that dysfunctional cilia are associated with disorders like obesity, kidney disease and retina disease. Not much is known about their relationship with mood disorders. These findings led Saito’s group to think that RGS8 is a promising candidate toward the development of new antidepressant drugs, which is a focus for future experiments.

Media coverage of the research